Wrestler Becky Lynch to perform on “SmackDown” in Toledo 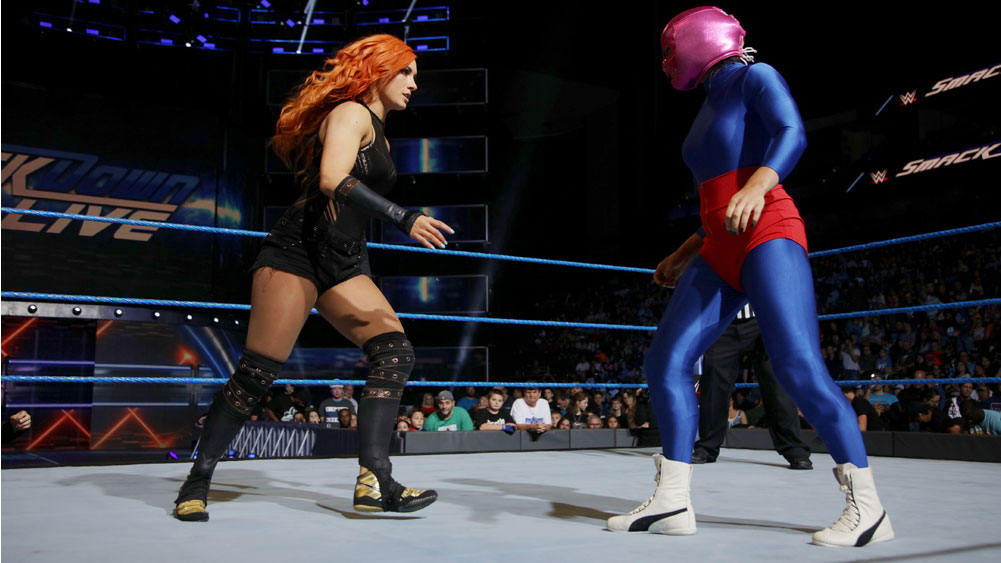 In the summer of 2015, three women made their debut on WWE’s flagship program Raw. The trio – Sasha Banks, Charlotte Flair and a fire-haired Irishman named Becky Lynch – had made a name for themselves in the WWE development group NXT. It was said that her arrival would mark a fresh start for female wrestlers whose contributions to the WWE program had apparently been marginalized.

A year and a half later, and significant progress has been made. Women-centered segments are becoming increasingly common in WWE shows. A match between Banks and Flair was a premiere on a WWE pay-per-view last fall. And Becky Lynch has become one of the main characters on WWE’s other staple, SmackDown Live, which airs every Tuesday on the USA Network. But, Lynch said in an interview, it took a long way to get here.

Which, she said, also helped the female performers by increasing the airtime available.

“All the girls on SmackDown are featured, and everyone has a story. And the crowd really is able to stand behind every single girl we have on the list, ”Lynch said.

Lynch grew up in Ireland and said she literally couldn’t remember a time when wrestling wasn’t part of her life. It was part of her daily routine to watch shows with her brother on weekends when they were kids. But the thought that one day she would do it for a living seemed impossible to her.

“It was never something I thought I would [do]- I came from Ireland and that was in America, you know what I mean? It was beyond my wildest dreams that I could become a wrestler, ”said Lynch. “But when I was 15 my brother wanted to give it a try and when I found out they were in Ireland I went right down and fell in love with it.”

Training under current WWE star Finn Balor, Lynch said she had an urge to excel from the start. “I was the only girl down there and I wanted to be as good as everyone else there. And the great thing about Finn is that he never treated me any differently. Nobody was allowed to take me lightly because I was a girl, you know what I mean? So it really was the case that I just had to step up and assert myself. “

What I should do

Unfortunately, fate would throw a few curveballs in Lynch’s way – an injury in 2006 disrupted her burgeoning career, and she concluded that she had to quit wrestling. For seven years she pursued other avenues – a job as a flight attendant, went to college to study drama – but still, a nagging feeling in her stomach told her something was missing. Eventually, after booking a job as a stunt woman on the History Channel show “Vikings,” she returned to her wrestling school and fate was waiting to get her back on track.

“When I was down at wrestling school, the instructor was under contract with NXT. And he said, ‘Could you ever go for a trial?’ And I said, ‘No, you know, the ship sailed. I’m into this acting thing, I do this stunt work, I’m going to New York, I paid for my flight, I booked my visa, everything. ‘ And he said, ‘Look. Think about it for a second. I think you would understand. ‘ As soon as he said it, I thought, ‘You know what? Yes. Of course I would get it. Of course, that’s what I’m meant for. Yes, I do.’

“And with that I think … it was like I had spent those seven years digging for a passion and forcing things, and suddenly it was like everything had pulled me in the right direction.”

A question of time

Shortly after signing a deal with WWE to appear on NXT, Lynch met the three other women who helped shape the actress she became – Banks, Flair, and the recent WWE draft-up Bayley. Together the quartet would become known as the Four Horsewomen, and the group’s work in NXT would change the way women wrestling is received.

“If I hadn’t given up when I did, I wouldn’t be with the girls I was with by the time I am. With the four riders. And I think this is a real blessing, do you get what I mean? Because I don’t think we could have done the things we did if only one of us was around at the time. It must be all four of us, and it was just lightning in a bottle. “

With Lynch’s main events showing SmackDown and her fellow horsewomen becoming the hot spots of Raw, it seems like there are few mountains left for this new breed of female wrestlers to climb. Well maybe one. And it’s a big one. Could a women’s match ever roll over WWE’s biggest show of the year, WrestleMania? Lynch thinks so.

“I think we’re so very close. And I wouldn’t be surprised if it was next year. I really wouldn’t. That wouldn’t shock me. And I think it’s really just a matter of time. “

“SmackDown Live” will air on Tuesday, January 24th from the Huntington Center. The show starts at 7:45 p.m. Tickets or more information can be found at www.hunttoncentertoledo.com/events.