Why is there so much gun violence in Toledo this year? 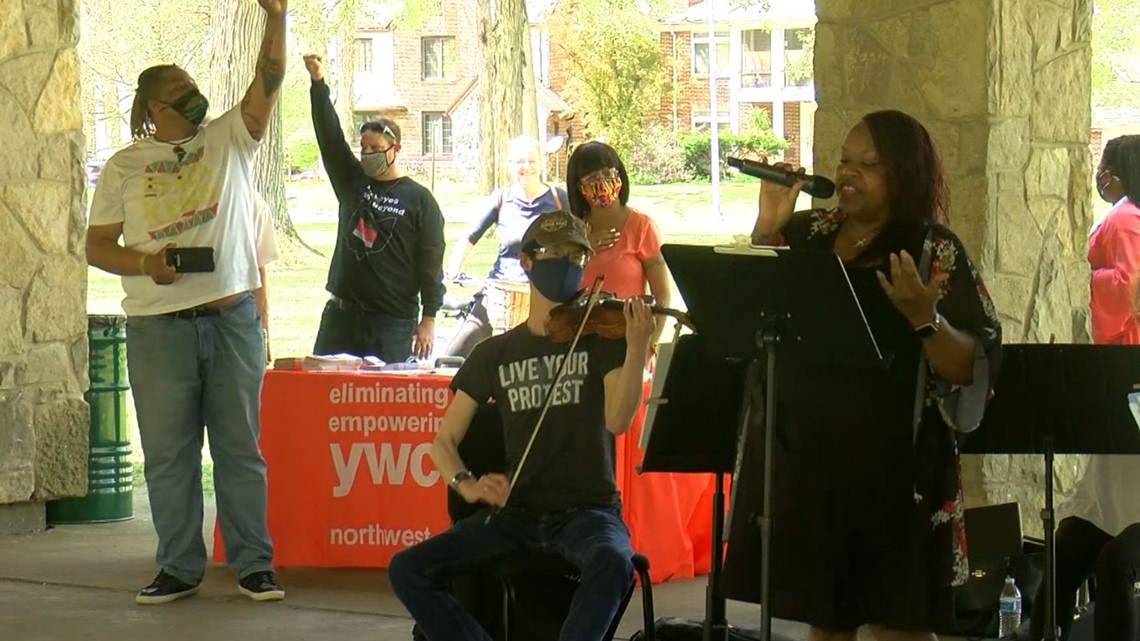 Social justice, youth and religious groups gathered in Ottawa Park on Sunday to call for peace and an end to violence in Toledo

But that only pushes some groups even more to encourage change, especially among our youth.

On Sunday, several groups for social justice, religion and youth development came together in Ottawa Park to call for peace and an end to violence.

The event was organized by the Human Relations Commission of the City of Toledo.

RELATED: The community comes together to hear and offer solutions to the growing problem of gun violence in the city

Stop the violence committee chairman Sierra Webb says they need more events like this to unite the community and reach out to the youth.

Webb stressed that everyone is asking the same question, how can we stop the violence. She heads a committee that tries to answer this question.

According to Webb, executives need to listen to those who are hardest hit by the violence.

“To be in the hardest hit communities and actually listen,” said Webb. “Ask first, then listen to what they say they need and make it available afterward.”

Social justice groups like the Community Solidarity Response Network have partnered with religious leaders from all walks of life in the Multi-Faith Council of Northwest Ohio to rally peace. Everyone acknowledged that everyone has a role to play in ending violence, especially among young people.

“We all became so aware of the opportunities we really need to feed our local youth,” said Brenna Reynolds, who chairs the commission’s youth committee.

Greater Generations is a local nonprofit that provides children with work experience, community service, and tips and tricks on growing and growing up.

“Our jobs provide children with their own personal income, give them something to do, prevent criminal activity and negative behavior,” said Ebony Robinson, executive director of Greater Generations. “And moving into adulthood is a positive thing.”

Robinson said there is no competition between youth development groups in town. Now more than ever, we need more in Toledo to contain the violence.

“This is something that won’t end. So we can’t end,” said Robinson. “We have to make the same effort over and over again as the people who carry out the criminal acts.”

The HRC is planning more events this summer, especially for the city’s youth.

Toledo police officer unharmed after being shot at Friday