When was the warmest Christmas in Toledo’s history 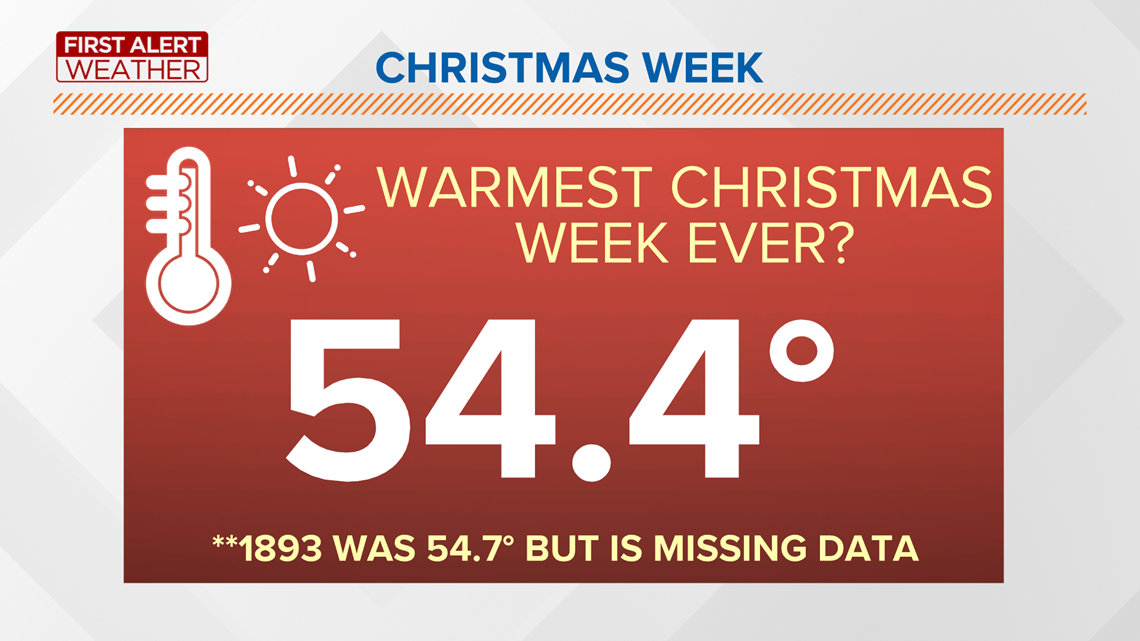 TOLEDO, Ohio – If you live in the Midwest, and the Toledo area in particular, expect a white, cozy Christmas that we learned to romanticize from Hollywood movies. But this year we actually had mild temperatures and sunshine.

2019 will go down in Toledo’s history as the warmest Christmas week ever. The seven-day average maximum temperature for the Toledo Express Airport was 54.4 degrees.

The only other year that could The challenge of this statistic is 1893, but data for one day is missing during this period.

The following column shows the mean maximum temperature for other years during Christmas week at Toledo Express Airport:

The last value also occurred in one or more previous years.