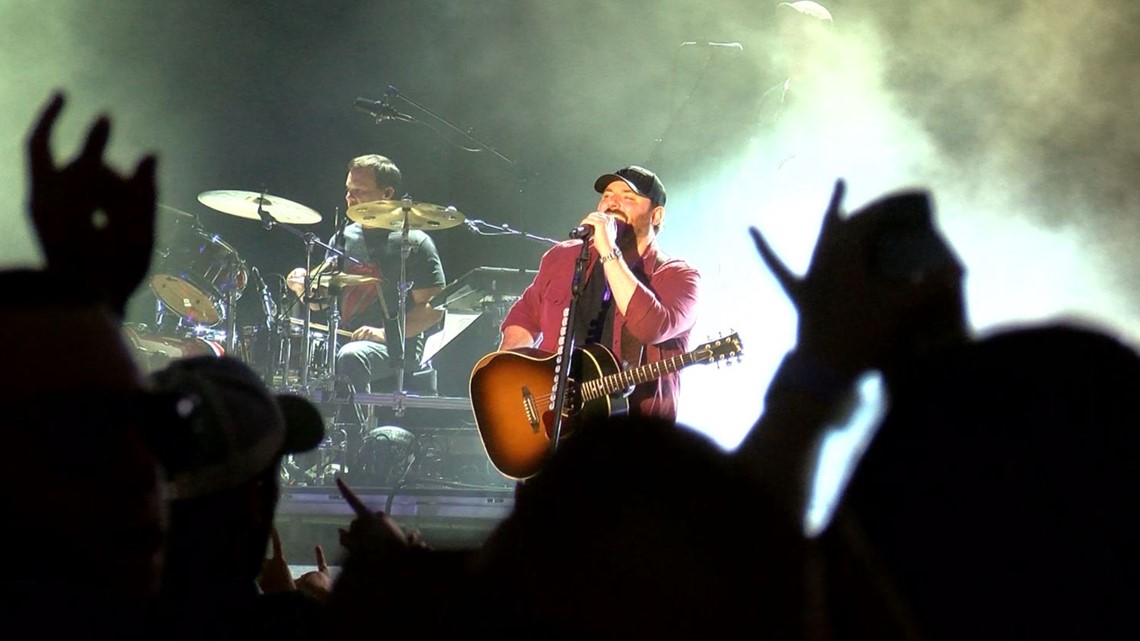 The country star took over the promenade park for the second day of the Solheim Cup Fan Festival.

TOLEDO, Ohio – It may have been the first day of Solheim Cup golf action, but it was the second night of live music in downtown Toledo on Saturday.

“Chris Young is one of my favorite artists, so I was ready for him,” said country fan Courtney Sutter.

For many like Sutter, this wasn’t just a night out, but a return to live concerts. In fact, it was the first time she’d attended a concert since the pandemic began. And others like Sabrina Hutecker agree that it hurt when it was taken away.

“I think we felt trapped and alone when we put an end to that. So it’s definitely nice to have this environment again,” said Hutecker.

This was also the icing on the cake for local vendors and businesses that missed out on last summer because of the COVID pandemic. Keith Henry started his food truck a year ago today and says attending the Solheim Cup weekend is very helpful for business.

“A lot of people don’t know us,” he said, “and that gives me the opportunity to try our food so they can learn more about us and where to find us.”

And people who aren’t golf fans also pointed out that the big music acts in Gwen Stefani and Young helped them be part of the weekend celebration.

It’s been a memorable weekend for Toledo and people say they hope this helps bring more national and global events to the Glass City.

Day 2 of the @ TheSolheimCup Fan Festival is currently taking place in downtown Toledo. People are eagerly waiting for @ChrisYoungMusic to take the stage in just under two hours. @ WTOL11Toledo pic.twitter.com/bs2sJdVVE3

Toledo’s Architecture Is More Impressive Than Madrid, And That’s Not The Only Reason To Visit

How much does a golf course cost? An 18-hole course in Ohio just sold for $710K