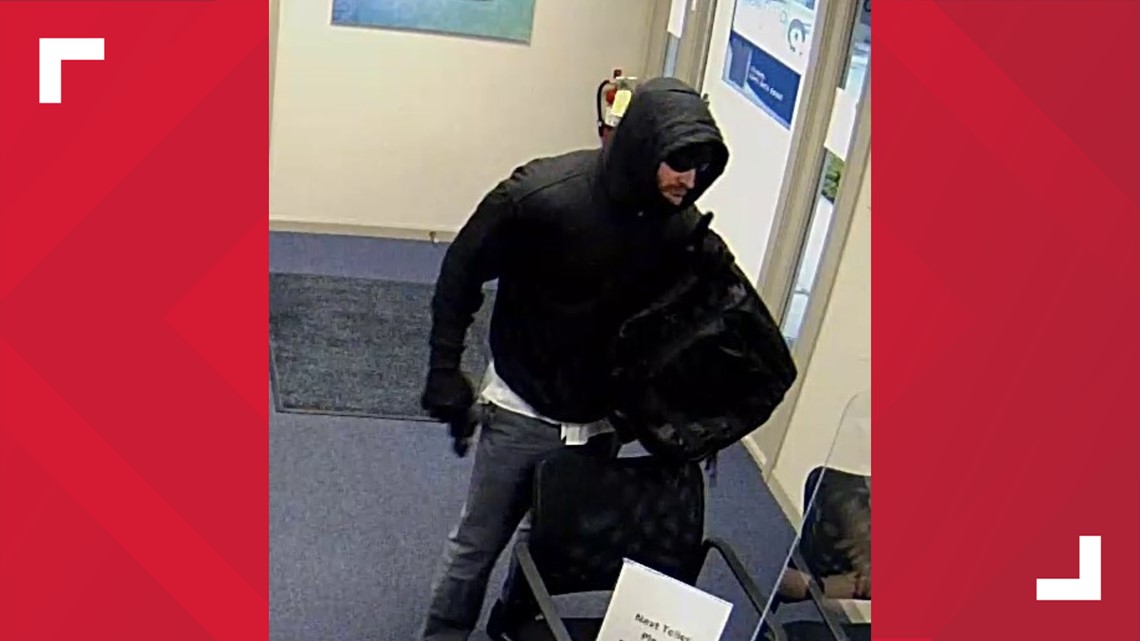 TOLEDO, Ohio – A bank in West Toledo was robbed Friday morning and the suspect remains at large.

According to the FBI’s Cleveland Division, a white man walked into Premier Bank at 2920 Central Ave. shortly before 11:30 a.m. and asked for cash. Police say he threatened the use of a gun, took an unknown amount of money and escaped on foot.

The suspect is described as a white male in his thirties or forties, about 5-foot-9, of medium stature. He was wearing a black hoodie, white undershirt, blue jeans, black shoes, black gloves, and sunglasses.