Toledo’s Opening Up: DORA for the (boozy) Explorer 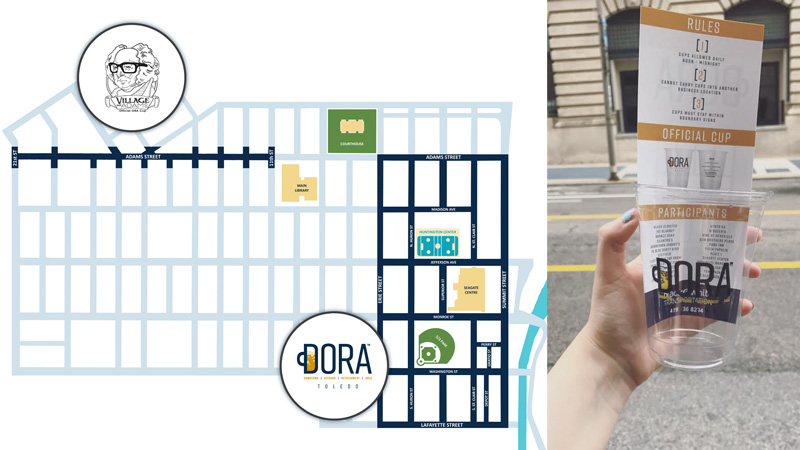 Finally, in June of that year, bar-goers began drinking along Adams Street between the boundaries of 11th and 21st streets.

Today our options have officially expanded.

DORA – the downtown outdoor refreshment area – officially opened this lunchtime after being created by the city council last year.

The new district encompasses 24 locations between the borders of Lafayette St., Erie St., Adams St. and Summit St., participating in a new era of drinking in The Glass City.

Coupled with the Block Outdoor Refreshment Area (ORA) on Adams Street, Toledoans can drink outdoors from noon to 1am, seven days a week.

The Downtown Toledo Improvement District is pushing for DORA to boost alcoholic tourism in the area, but Toledoans can certainly benefit from it too. Head to the 3rd Thursday Art Loop and Mud Hens game today for the fun.