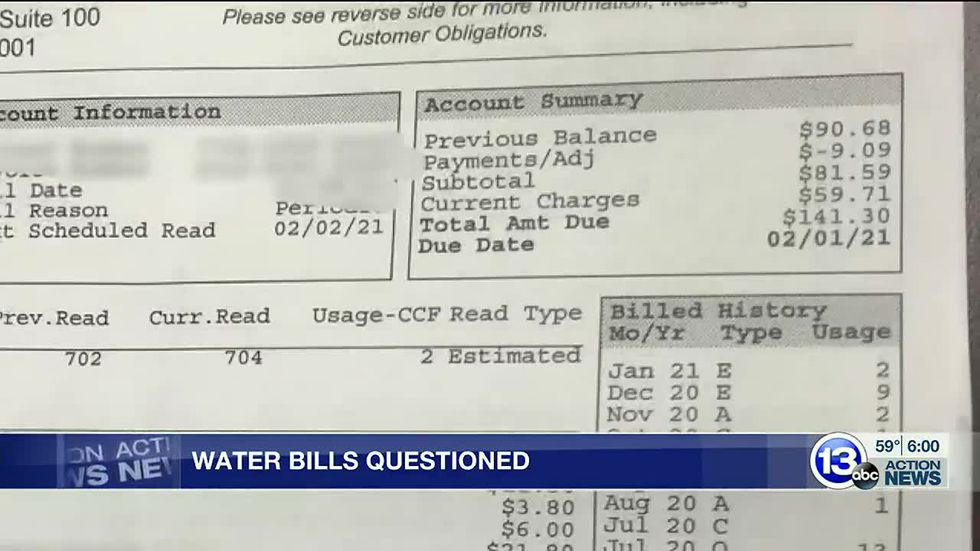 TOLEDO, Ohio (WTVG) – A Toledo property owner is asking people to take a second look at their water bills after finding some charges that didn’t make much sense.

The owner doesn’t want their tenants to pay more than necessary and hopes others don’t see similarly confusing bills. He has no problem paying his water bills as long as he understands them. You’d have a hard time finding someone excited about paying their water bill, especially if it’s not exactly clear what to pay for.

Peffley owns about two dozen Toledo properties so he gets lots of bills. Recently, however, the dollar amounts haven’t made sense.

“You get the bills more often and I’m busy, so I try to make sure the math is working and the math is wrong,” Peffley said.

Take his property on Hoiles Avenue, for example. On the left side of this property’s water bill, you’ll see “Pay by Invoice” as of December for $ 81.59 USD. Then look to the right and see the same $ 81.59 owed as part of the February amount due.

Peflley says it is difficult to get a straight answer to these allegations. If they’re real, he’s ready for an explanation.

A statement like this for his home on Eastway. Two invoices come on the same day with the same due date for the same property but for different amounts. Confusing, yes, but a city spokesman pointed out that a closer look reveals that these are two different billing cycles, which people may not notice, but it’s worth questioning.

Toledo looking for fresh perspective on park system from youth

Hundreds of job openings at the Toledo Assembly Complex