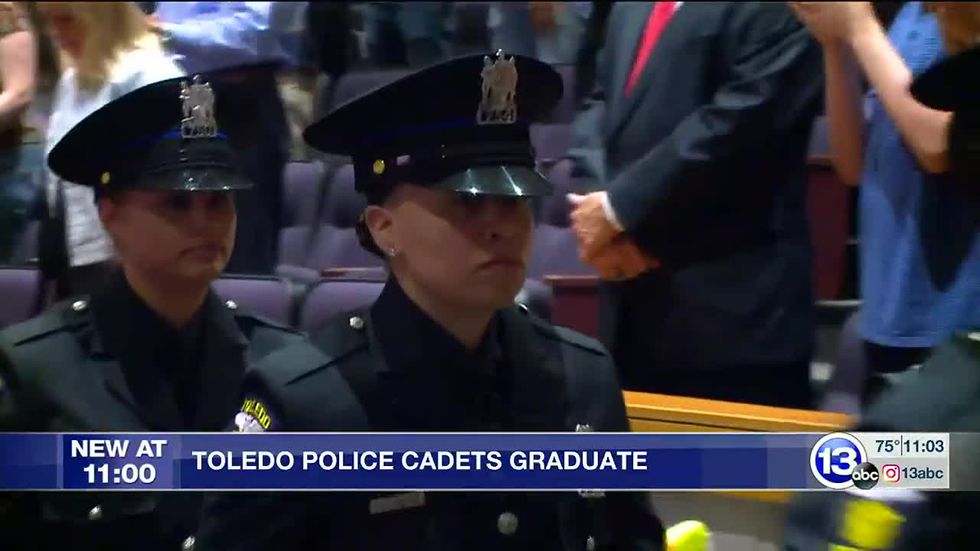 TOLEDO, Ohio (WTVG) – Not everyone starts their first day of work with the mayor, fire chief, the media, and their family members meeting to watch them start their careers.

On the other hand, not everyone graduates from the Toledo Police Academy.

For the 67th class of the Academy, it was the end of seven months of training, instruction and adversity.

“It is a privilege to wear this uniform,” Chief George Kral told the cadets. “Never forget that. Be proud of it, wear it with honor and never stain what it represents. “

At the graduation ceremony at Owens Community College, 22 police officers and one investigator were sworn in on charges of arson for a department where more officers retired in 2020 than the number of cadets in the senior class.

“We don’t have as many officers as we did before, but the ones we have are incredibly good people,” said Kral. “You will benefit us and the citizens.”

Toledo Mayor Wade Kapszukiewicz said the rate, which starts in October, is expected to be double that.

Kral is committed to making enhancing diversity a priority in its department. A police spokesman said this course includes 15 white, five Hispanic, two black, and two Asian or Pacific islanders. 15 are men, nine are women.

“You are stepping into law enforcement during one of the most difficult times in our history,” said Kral. “They went through a global pandemic, we killed an officer on duty since they were in the academy, they lost one of their training teachers to a sudden heart attack. That builds on them, and especially with the stress we put them through – homework, physical and mental strain – I’m proud of them. “

Francesca Fonseca grew up in the south of the city. She said she wanted to join the ranks to make her family proud.

“Being an example for them – that was the biggest driver for me,” said Fonseca.

But that wasn’t the only reason.

“I grew up in a bad area,” she says. “I want to be that face and that example. If I can, they can. Especially from my background. It is possible.”

She said she wanted to help bridge the gap between communities and the police. At the end of her career, she said she hoped to look back and see a change that influenced her as a police officer in Toledo.

“If you want to be that change in the community, it starts with you,” said Fonseca. “It’s just starting for me.”

Congratulations to #ToledoFirefighter Kate Brown who graduated from @ToledoPolice 67th Academy Class tonight. @chiefbrian_tfrd was proud to present Kate with her badge. She is one of the few firefighters to have completed both the # ToledoFire and @ ToledoPolice training academies. pic.twitter.com/5VzdcAjmDw