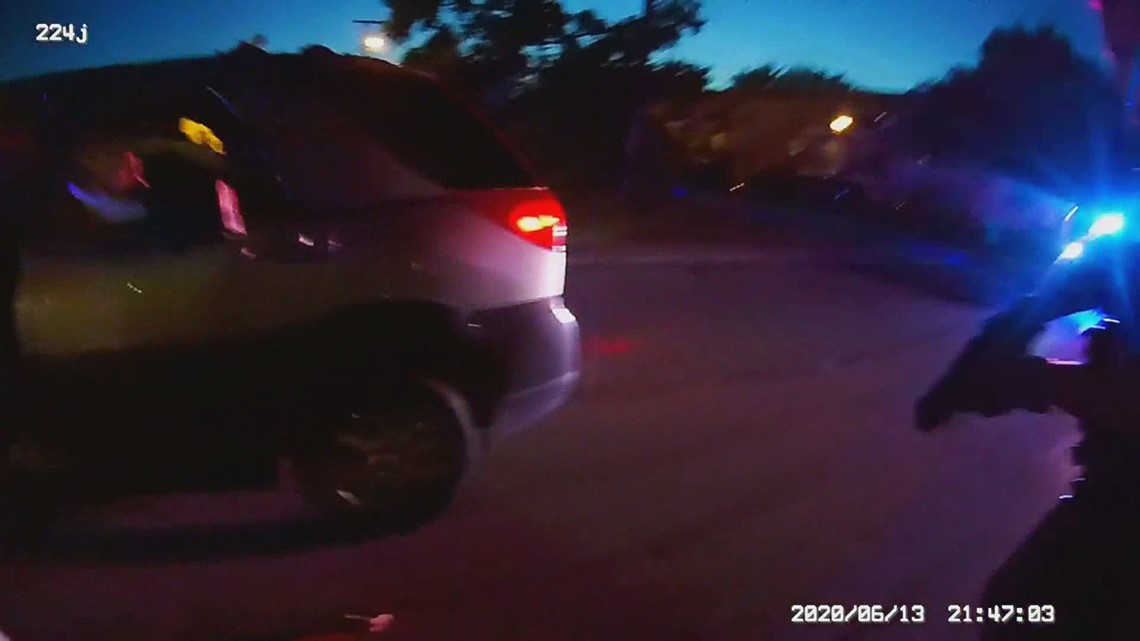 TOLEDO, Ohio – A Toledo man shot dead by Oregon police in 2020 was indicted on Thursday by a Lucas County grand jury on two criminal offenses for attempting to harm officials.

Victor Dale Jr. is charged with a number of first degree offenses and a number of fourth degree attacks. The indictment goes back to the June 13th incident.

Officers fired 21 shots at Dale after he drove a vehicle on one of them. Police were called to Kingston Court Apartments on Navarre Avenue just before 10 p.m. Saturday to attempt an independent break-in. When they arrived at the apartments, the officers were approached in the parking lot by someone who reported about a couple fighting.

The footage from Officer Joel Turner’s body camera with Dale driving his vehicle shows Dale and his girlfriend talking and they said they weren’t fighting but were arguing about their daughter.

Then Dale gets into the vehicle and drives towards Turner. Then shots are fired. Dale drives off and officers run towards the vehicle. Dale is ordered out of the vehicle, opens the driver’s door and sinks to the ground, bloody. The officers handcuff him and then start medical help. Dale was taken to a hospital and then released.

No charges were brought against the officers, but they were suspended without payment.

Toledo Edison to spend $7.7 million on tree trimming in 2021