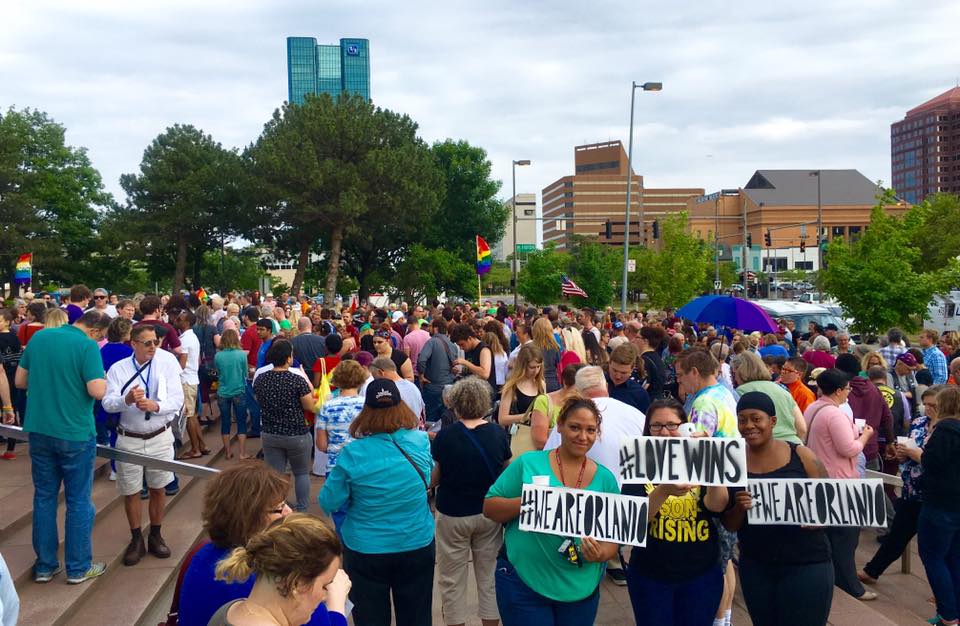 On Tuesday June 14, members of the local LGBTQ + community and their allies gathered for a peaceful vigil outside the One Government Center in downtown Toledo in response to the Orlando tragedy. Nearly 300 people – 6 Toledo people for each death – gathered in solidarity to show their support and to mourn the 49 victims of the Orlando Pulse shooting that took place around 2:00 a.m. on Sunday, June 12. The event has priority as “The Deadliest Mass Shoot In Modern History,” according to NPR.

The vigil attendees proudly waved rainbow flags in the air and held signs reading #WeAreOrlando and #Solidarity in response to this hate crime committed during LGBT Pride month. Groups like Equality Toledo, Toledo Pride, and The Promise House Project have teamed up to host the celebrations and light the public with candles to commemorate the victims. When the vigil ended, Stone Productions, a Toledo theater company, proudly sang the song “Seasons of Love” from the popular musical Rent. 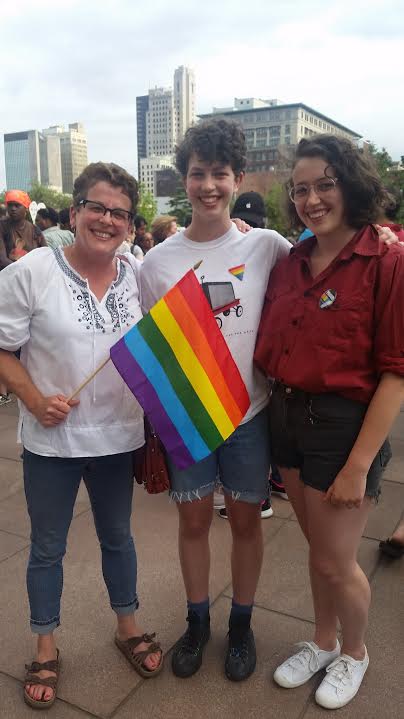 Lynne Hamer (left) and her children Sam Hamer-Light (center) and Julia Hamer-Light (right) show their pride during the vigil in Orlando.

Love is louder than hate

The fight against LGBTQ + is a fight of love, equality and peace. When participants were asked why they had come to the Orlando vigil, many responded with open hearts.

“Hateful people are loud. So [we], the loving people, have to be vocal too, ”said Lynne Hamer. The mission to build love and fight hatred echoed loudly during the vigil. A speaker encouraged the crowd to join in a chant of “love trumps hate”.

When the evening was full of support, an ally named Lana (last name withheld) said, “My heart goes out to all of these people in Orlando. I can’t even imagine what their families and friends are going through. “

As a member of the local LGBTQ + community, Amanda (last name withheld) said, “I just came out to my family last year. I’ve known my wife for almost 18 years, we got married last year. So that [event] is very meaningful to me. “ 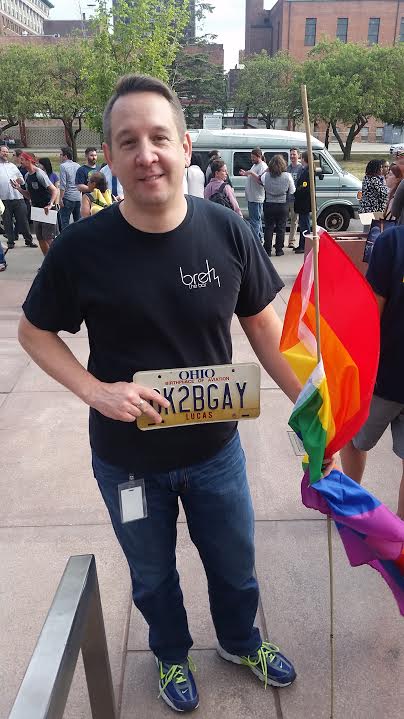 Bartender for the local gay hotspot Bretz, Steve Witker, shows his support for the LGBTQ + community during the vigil in Toledo for Orlando.

In response to the Pulse shoot, advocates across the country stood out to express the importance of creating a safe, resourceful community for LGBTQ + people – a place where everyone can come together and feel comfortable in their own skin.

After working as a bartender at Bretz, Toledo’s popular gay nightclub, for nearly two decades, Steve Witker said, “Greg Knott, he [late] Founder of Bretz, was a good friend of mine. Once a shy, withdrawn young man [Greg] helped me find my voice – which enables me to speak for those who are not comfortable enough to do so. That is why I am here to continue to provide a physically safe space for people to be in [able] to be yourself. ”Bretz strives to be this outlet for the LGBTQ + community. 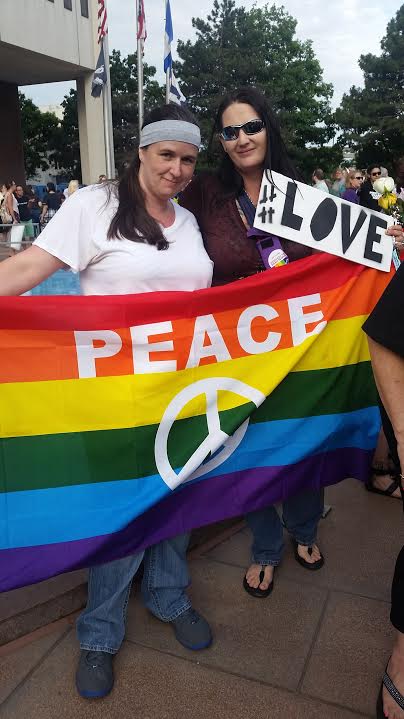 Amanda (right) and her wife demonstrate love and peace during the Orlando vigil.

The LGBTQ + community remains resilient after the pulse attack and comes together to fight inequality and injustice. Pride is more than just a collective – it’s a movement. “People who stand up against individual discrimination everywhere, that’s pride,” said Amanda. All over the world people come together in the name of love.