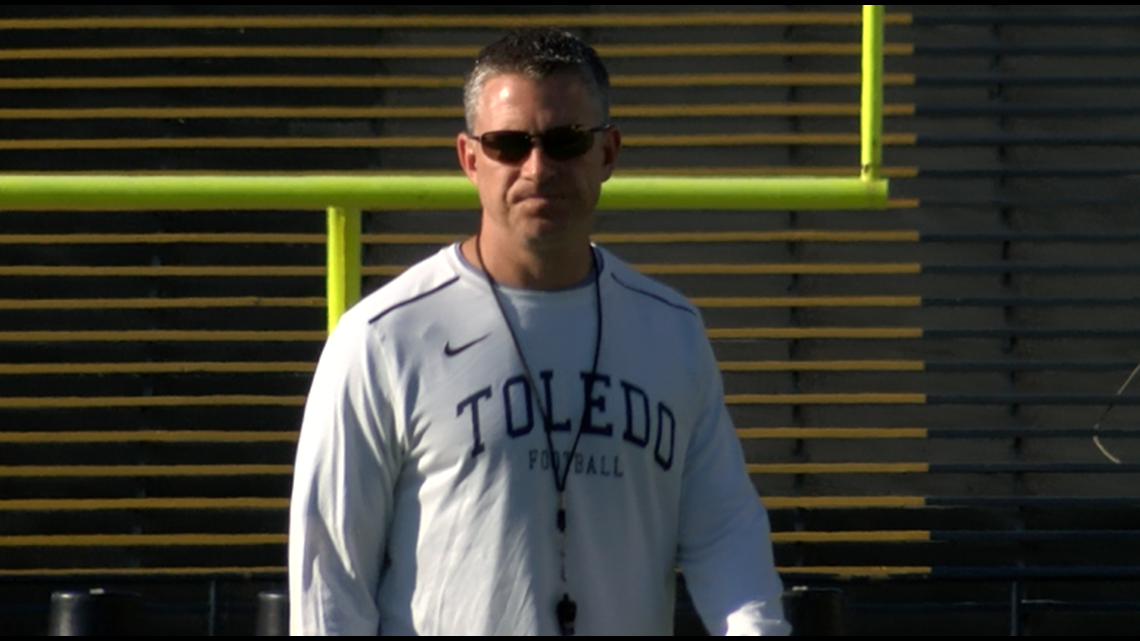 The Rockets replace Brian Wright, who took up a job as Division II head coach.

TOLEDO, Ohio – Toledo Football has hired Robert Weiner to coach the Rockets for the next season.

The position opened after Brian Wright left the team to take a job as Division II head coach in Pittsburg, Kansas.

Weiner has been the head coach at Plant High School in Florida since 2004. He won four state championships and was runner-up twice.

Despite Weiner’s hiring, Toledo head coach Jason Candle will continue to take on the play calling duties for the Rockets.

While Candle hires a quarterbacks coach to bolster the offensive side of the ball, he’s still looking for a linebacker coach and a defensive coordinator.

Who was giving away free cleats in Toledo?