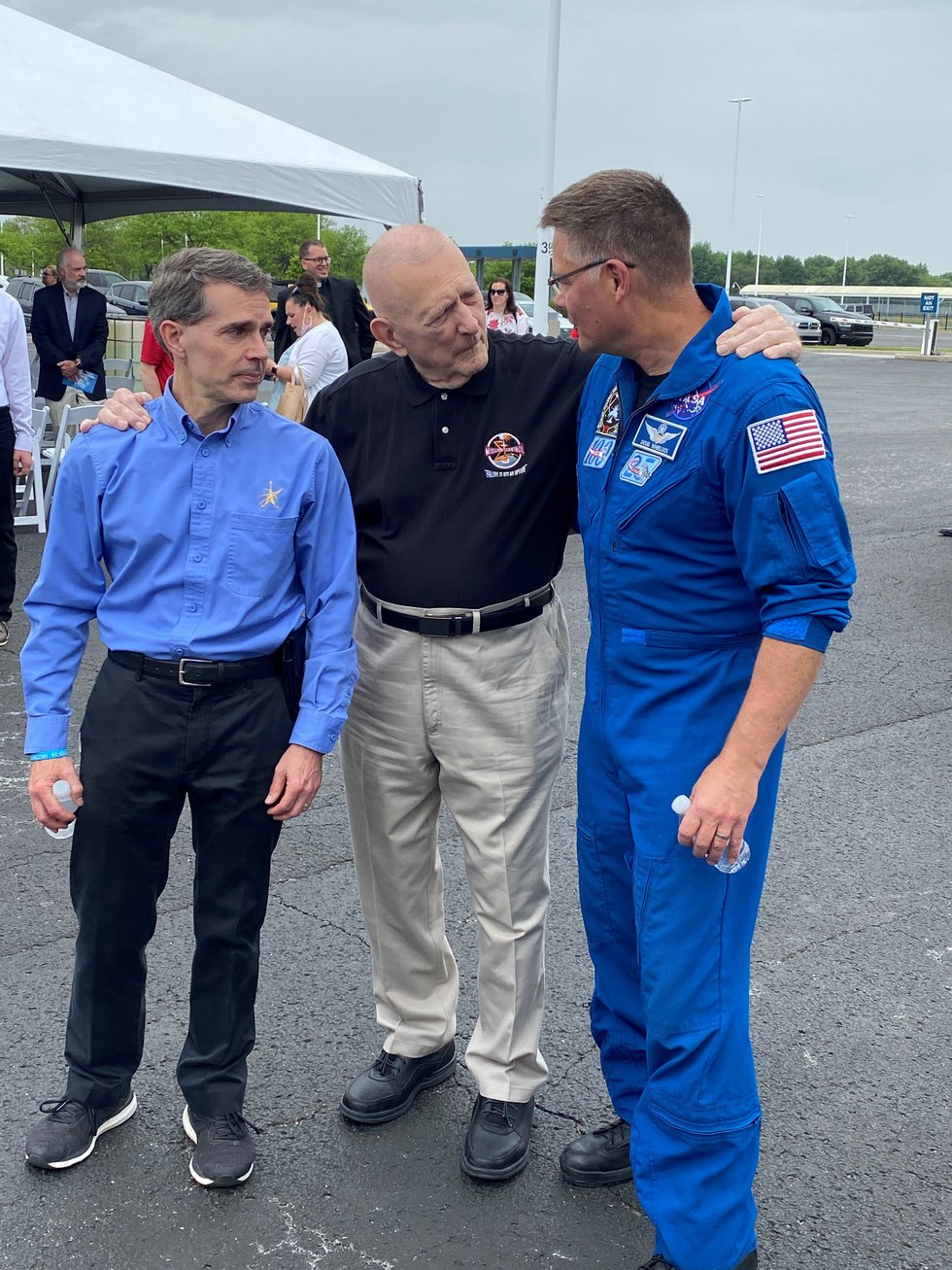 SWANTON, Ohio (WTVG) – He was NASA’s flight director for the first Apollo 11 moon landing in 1969 and helped bring the astronauts safely back to Earth in Apollo 13 in 1970.

He’s from Toledo too.

Eugene Kranz speaks to two men after the renaming and inauguration ceremony.(Chris Kaufmann) 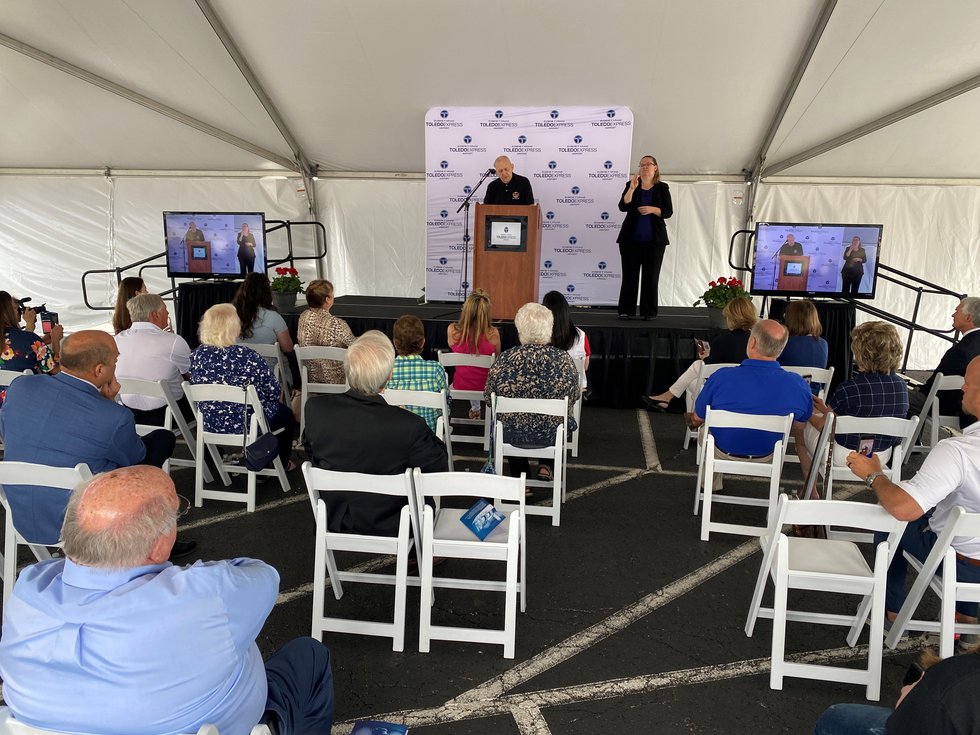 Kranz attended Central Catholic High School before joining the National Aeronautics and Space Administration (NASA) in 1960. Today, May 22, 2021, he attended the inauguration ceremony for the airport, which now honors his name and preserves his legacy. 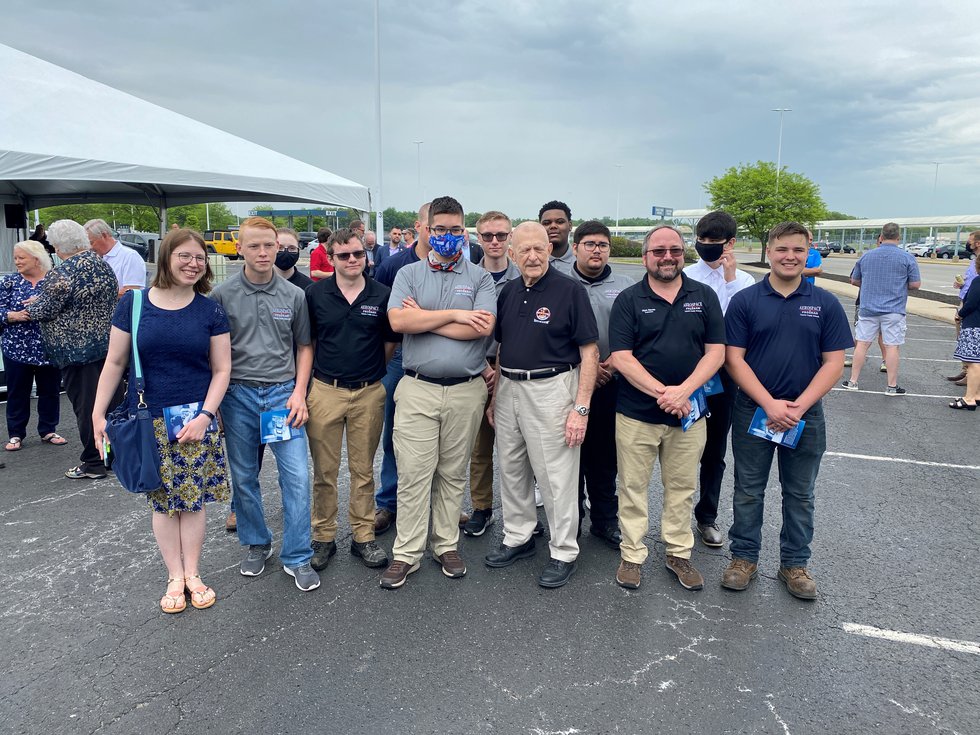 A small crowd posed for photos with wreaths.(Chris Kaufmann)