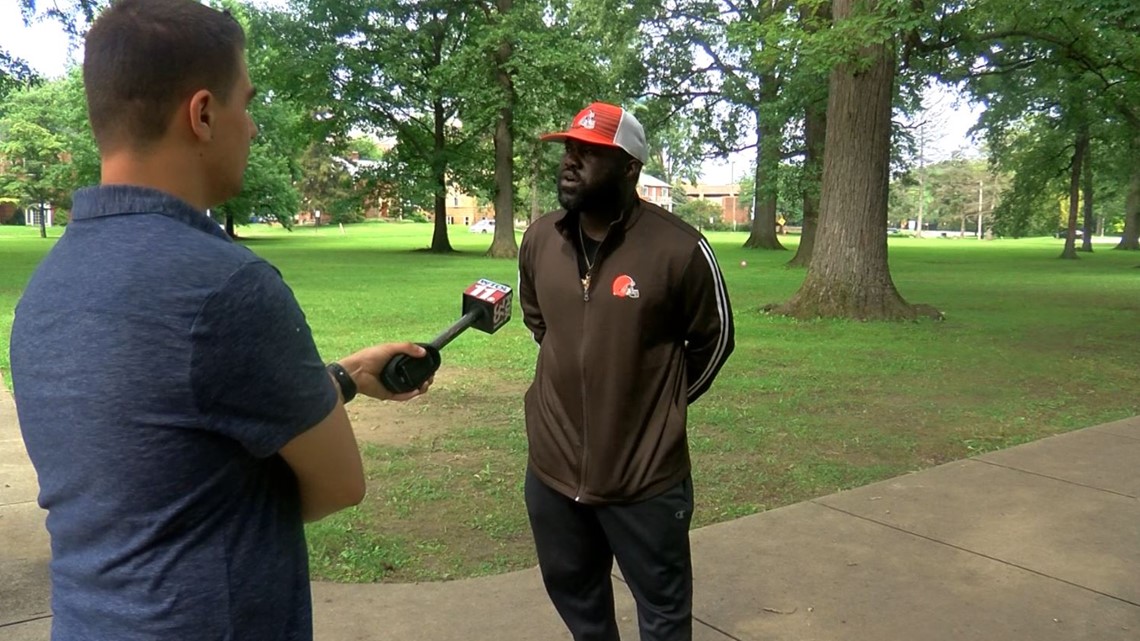 TOLEDO, Ohio – Fathers play such an important role in our lives. But it’s not an easy task.

Robert Harris has kids ages 6-16 and he says it’s been a learning curve.

“You never know how much a child might just want to see their father or do good and just get a round of applause from their father,” he said.

He admits he’s not the perfect dad but says he tried to get more involved in his children’s lives. He has participated in activities with the RESTORE paternity program, such as weekend camping for fathers and their children.

Harris is a truck driver by trade and makes good money, but is often on the road for long periods of time. He says the program taught him to always try hard and never stop trying with his children. His children also let him know through the program that money is not everything.

“You feel good as a provider,” he said, “and my children let me know that they want to spend more time with me.”

Nathaniel Brown is a stepfather and has been helping raise his stepdaughter since she was two.

“It’s about being strict and disciplined and showing love and care,” he said.

He said fathers bring stability and authority in ways that mothers cannot. And he believes fathers need to be more there to set that example. Some are already doing it, but not enough.

Harris and Brown agree that a child without a father can induce a child to look elsewhere for this role model. This can lead to guns, gangs and violence on the streets.

“Mentoring and guidance and boys love to listen to men, you know, so your dad is your first hero,” Harris said.

“It takes a good man to raise a good child,” said Brown.

They agree that there are no perfect parents, but they do say that it is important that you try to be responsible.

RESTORE and other programs are available for fathers in Lucas County. Some of these programs can be found online through Lucas County Children Services by clicking here.