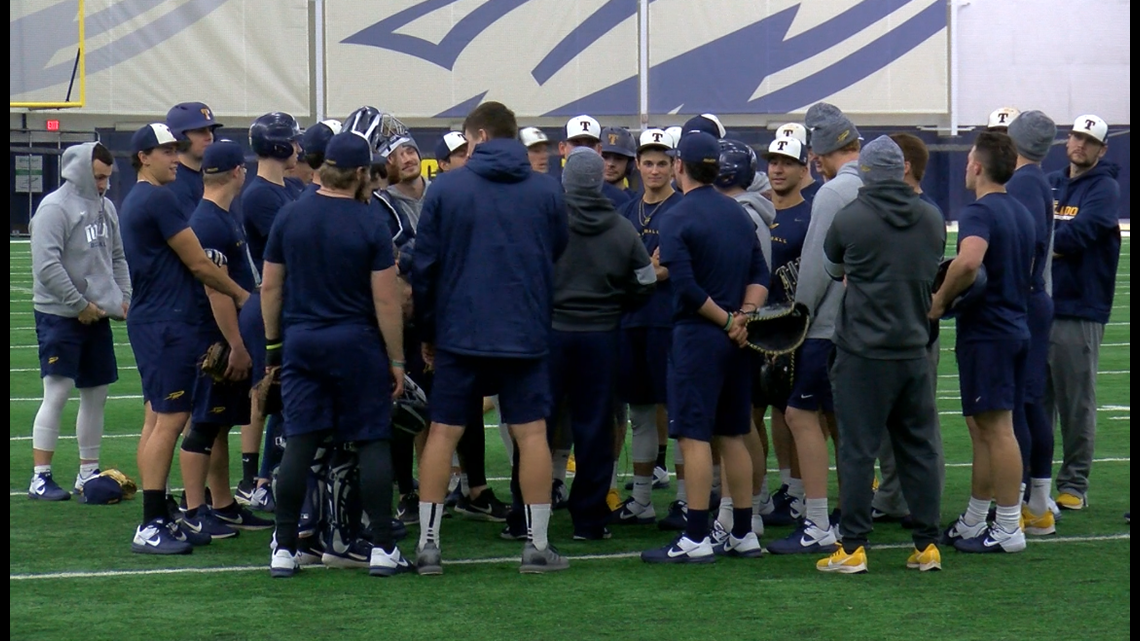 TOLEDO, Ohio – It’s no secret that Toledo Baseball hasn’t been as successful as they’d like it to be. That’s the main reason Rob Reinstetle was hired this off-season. He put some intensity into a program that was badly needed and as they prepare to open the season in two weeks there is renewed energy too.

The walls in their baseball building were bare just a few months ago. But when Rob Reinstetle took over, he made it a priority to upgrade the facilities at Scott Park. It was a much-needed facelift and upgrade that brought a new sense of pride to everyone in the program.

“We wanted to do the renovations for the players and really wanted to tackle the areas that benefit the overall gaming experience, but above all the player development,” says Reinstetle. “We did some things out in the field and here in the locker room and in the clubhouse. My goal was to make it over the Christmas break before they came back. They came back on the first day and were in awe. “

“We came back from the break and it was like our second Christmas,” said junior outfielder Zach Schwartzenberger. “We saw the new changing room, the hallways were renewed, we had new equipment in the changing room. We have modernized the field and the new field facility. It was just really exciting. “

There is just a feeling around this program that things will be different. This new staff makes the players believe that this team can win a MAC title.

“Coach Rob came in here and did a great job changing the culture,” says Schwartzenberger. “We are all very excited to come back and hopefully younger players will see it and see the new changes and we are excited and want to come here and be a rocket.”

“The excitement is really big,” says Schnitz-Paxton. “I’m a senior and it’s my final year so we haven’t really won much since I’ve been here, but with this group of guys and coaching staff I think we can beat anyone in the MAC.”

“I am very satisfied with our position,” says Reinstetle. “It was very, very obvious that they were doing the work over the Christmas break when we got back. This is something every college coach worries about. If you send them out, what will they do? It was obvious that they did the job. We are in a good place. We have things that we need to work on and improve, but before the season I am pretty excited about where we are and I think we will have a good year. “

The Rockets open their season on Valentine’s Day in East Tennessee State.