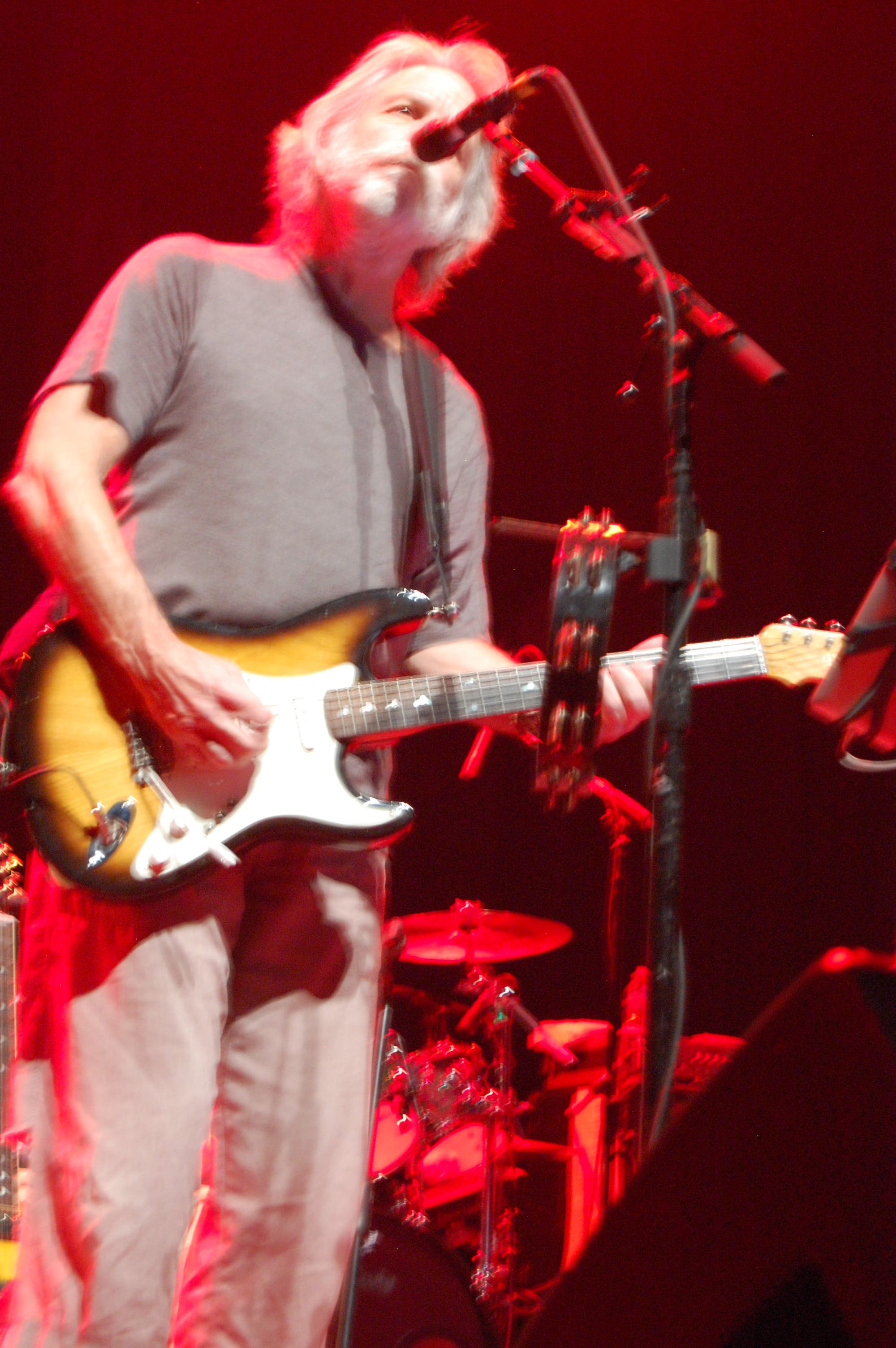 Bob Weir may be 66 years old, but you wouldn’t know if you listened to the recording of his performance in Detroit in early March. Backed by his band Ratdog, Weir sounded youthful, energetic, and inspired as he led the group through two sets of psychedelic rock and roll.

The former member of the Grateful Dead is currently experiencing a miniature revival in the music world. The legendary guitarist has just completed his North American tour with Ratdog and will be performing across the country this summer, including appearing on Red Rocks with the Avett Brothers and headlining spots at several music festivals. His new state-of-the-art TRI studio was recently featured on an episode of CBS Sunday Morning for its live streaming concerts. A film called The Other One: The Long, Strange Trip of BobWeir will premiere at the Tribeca Film Festival in New York City this April. 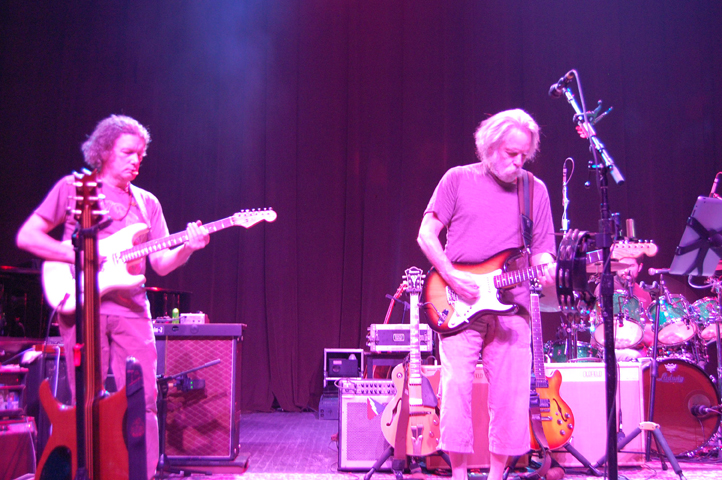 Since the early death of Jerry Garcia and the subsequent split from the Grateful Dead in 1995, Weir has been involved with both his solo band Ratdog and a number of post-Grateful Dead revival projects, From The Dead to the Others and into the younger Time. Furthur. Weir reformed Ratdog this year after a 4 year hiatus with himself, longtime bassist Rob Wasserman, drummer Jay Lane, bassist Robin Sylvester, keyboardist / organist Jeff Chimenti and Steve Kimock on lead guitar. The group’s current incarnation is laid-back, funky, and able to improvise in an almost telepathic way.

The Fillmore was packed with dead heads for a Wednesday night concert in Detroit, Michigan. The band took the stage and started the show with a solid 5 minutes of jamming before stepping into the classic set opener “Feels Like a Stranger”.

Weir is the clear leader of the band – his edgy rhythm guitar playing is the backdrop from which all other members of the band build their parts. But it was Kimock who, with his buttery lead guitar lines, stole the show and perfectly mimicked the late Jerry Garcia without playing his exact licks.

Stranger fell into two separate improvisational segments, with the band slowly building into a crescendo as Kimock increased the intensity of his solo. This set the tone for the rest of the show as practically every single song contained an improvisational jam.

Sliding into the relaxed groove of “Easy Answers”, Weir’s voice and guitar playing continued to sound incredibly youthful. Next came the story of “Althea” written by Garcia, which again shows the solo skills of Kimock. “Silvio” fell into a surprising cover of “Tequila” by the Champs that got the whole crowd singing along. “Even So” went into the upbeat psychedelic lament of “October Queen”, which ended the set.

The second set started with Weir and Kimock on acoustic guitars and worked their way through “Walking Blues”, “Me and My Uncle” and “Friend of the Devil”. The acoustic part was fantastic and again showed Weir’s powerful voice. 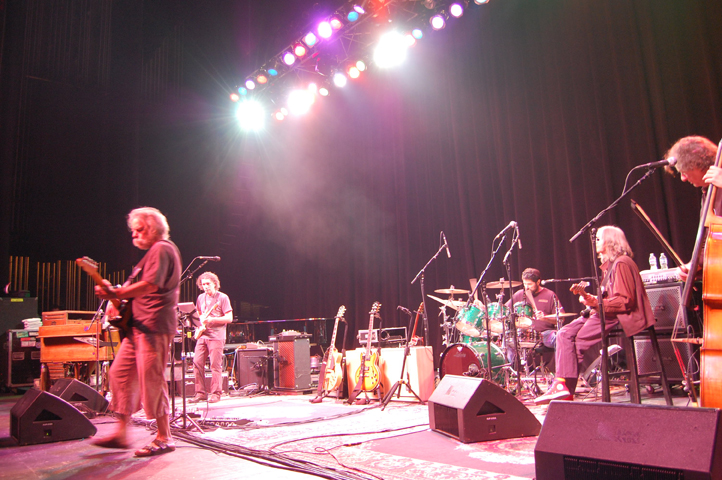 Weir and Kimock picked up their electrics to begin the opening riffs of “Help on the Way”. The song featured some excellent solos by Kimock before being turned into the instrumental “Slipknot!” passed over. Wasserman’s double bass playing was light and funky, and perfectly complemented Sylvester’s electric bass playing as the band meandered through the song’s jam.

“St. Stephen” was next as the band resumed the energetic jamming with an excellent rendition of the Dead’s oldest song. “Morning Dew” merged into “Franklin’s Tower” when Kimock switched to lap steel guitar. His slide play was uplifting, intense, and complex, sending the music in a frenzied major tone for both climaxes of the song.

The band returned to the stage to give the Beatles “Revolution” an encore, a fitting end to a rock and roll night. While it doesn’t even come close to my favorite Beatles song, Weir and band played a fantastic version.

For Bob Weir, age is really just a number. While the senior rock star may not sound as good as his heyday, his ability to put on a fun, energetic show is still amazing. For Grateful Dead fans who, like me, are too young to see the truth, concerts like this are your best chance to experience one of America’s greatest songbooks. And for older fans who saw the Grateful Dead back then, Weir and Ratdog’s music still manages to captivate them today – proof of the longevity of the good old Grateful Dead. 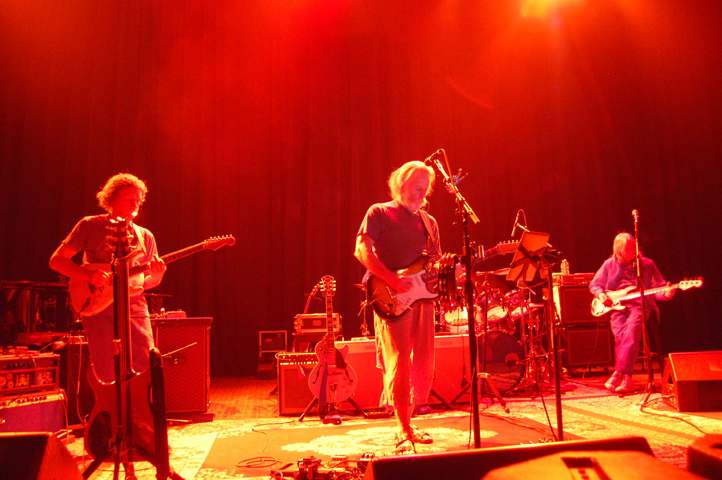 Me and my uncle (acoustic)

Friend of the devil (acoustic)

Help on the way>

Are there organizations for minority owned businesses in Toledo?