The Glass City, On Paper: 10 Books On Toledo History 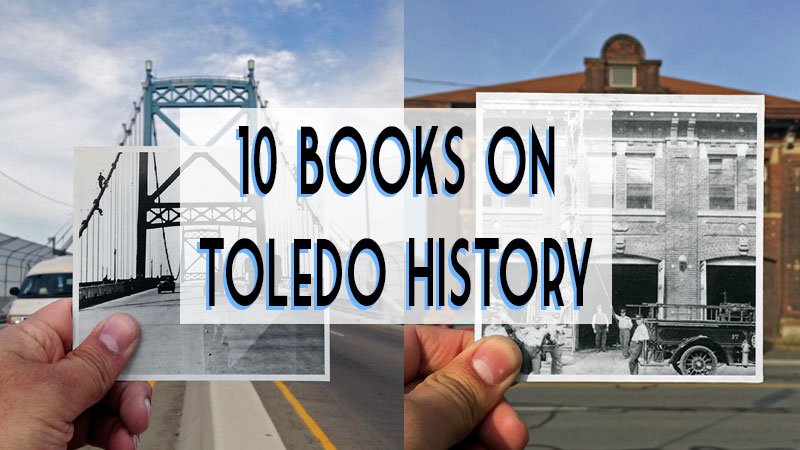 Much has changed since Toledo was founded in 1837. Bibliophiles, history buffs, and Toledoans who shine with pride of Glass City will love these books on local history. 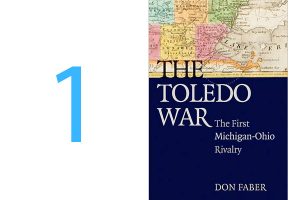 Our rivalry with Mitten State began long before the soccer field competitions between Ohio State University and the University of Michigan. Go back to the Toledo War of 1835 in this engaging account of the first border battle that began before Michigan became a state. 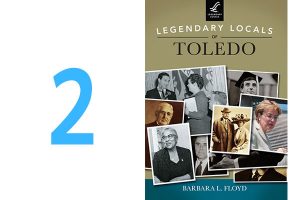 From Jesup W. Scott to Edward Drummond Libbey, Toledo’s development has been shaped by entrepreneurs, visionaries and pioneers. See who has developed the industry, represented, maintained, and engaged the government since Toledo’s inception in this fascinating portrait of influential locals from the director of the Ward M. Canaday Center for Specialized Collections at the University of Toledo.

Available from online retailers and from arcadiapublishing.com. 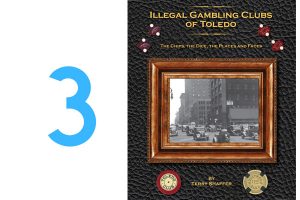 Illegal Gambling Clubs of Toledo: The Chips, The cubes, the places and the faces
Terry Shaffer (2012)

Place your bets on illegal gambling clubs and gangsters with a look back at Toledo’s unholy history. Through pictures and descriptions of the players, owners, locations and police raids trying to end it all, this fun and informative read has described 72 different illegal gambling operations in Toledo during the 20th century. 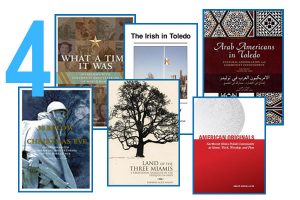 The Heritage Collection
The University of Toledo Press

This six-volume set contains several popular local history titles published by the University of Toledo Press for $ 125: Timothy Borden’s American Originals: Polish Fellowship in Northwest Ohio at Home, at Work, Worship, and Play; Samir Abu-Absis 2012 Bowling Green State University Center for Archives Collections, Winner of Local History Publication, Arab American in Toledo; Barbara Alice Mann’s account of her ancestors from Seneca (Iroquois) in northwest Ohio, The Land of the Three Miamis; Army Veteran Andrew Fisher What The Time It Was: Interviews with WWII Veterans in Northwest Ohio, as well as his series of interviews on the Korean War, 30 Below on Christmas Eve; and Seamus Metress and Molly Schievers recipient of the 2006 Local History Award from the Center for Archival Collections at Bowling Green State University, The Irish in Toledo: History and Memory. 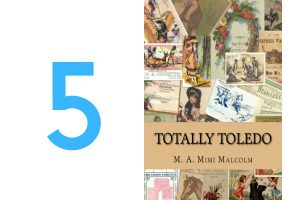 This three-volume Totally Toledo series looks back at late 19th century Toledo businesses through its own collection of Victorian trading cards, an early advertising method. Volume 1 catalogs the 19th century, Volume 2 restricts the focus to the years 1877 to 1895, and Volume 3 contains trading cards from 66 different business owners buried in the historic Woodlawn Cemetery. 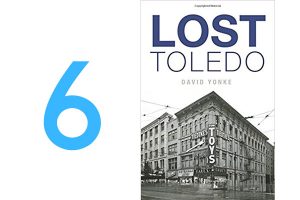 As shops open and close, landmarks like Tiedtke’s and Lamson’s are disappearing into the past. Learn or remember about some of the most popular shops, stores, stadiums, neighborhoods, and nightclubs of Toledo’s past from this nostalgic account of local history.

Available from online retailers and from arcadiapublishing.com. 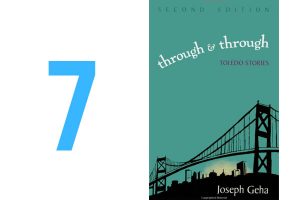 First published in 1990, this collection of ten interconnected stories follows three generations of an Arab-American family who have grown accustomed to Toledo. Toledo Stories is a warm, inspiring, and intimate portrait of an extended Arab family in a Lebanese and Syrian community. It spans the decades from the 1930s to the present. 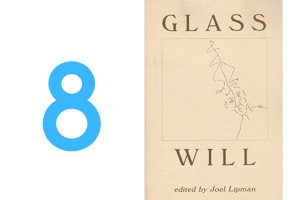 Glass Will: An Anthology of Toledo Writers
Joel Lipman (1986)

With 56 poets from the Toledo region from the later decades of the 20th century, this volume of poetry has earned a reputation as a comprehensive collection of local writers. Illustrations by John Rockwood complement the sequential poems by Lipman, the former Lucas County Poet Award winner (2008-2013). 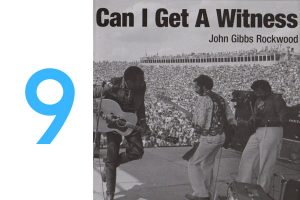 Immersing yourself in the years of the photographer John Rockwood spent in this fantastic book of fast-paced photography skillful images of artists and performers who took the Toledo stages. Rockwood’s photos feature rock and roll, blues, folk, and pop artists like Bob Dylan, Buddy Guy, BB King, Bruce Springsteen, and more, and feature big names on and off local stages. 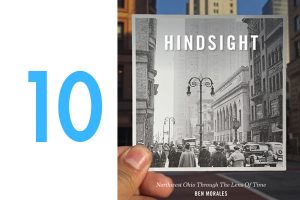 Flashback: Northwest Ohio through the lens of time
Ben Morales (2016)

This Bowling Green State University graduate illuminates more than 100 structures in the Toledo area, juxtaposing images from the past with his own photos of the present to show how the area has changed over time in this inspiring and fascinating book of history and Photography has changed.

Toledo Edison to spend $7.7 million on tree trimming in 2021