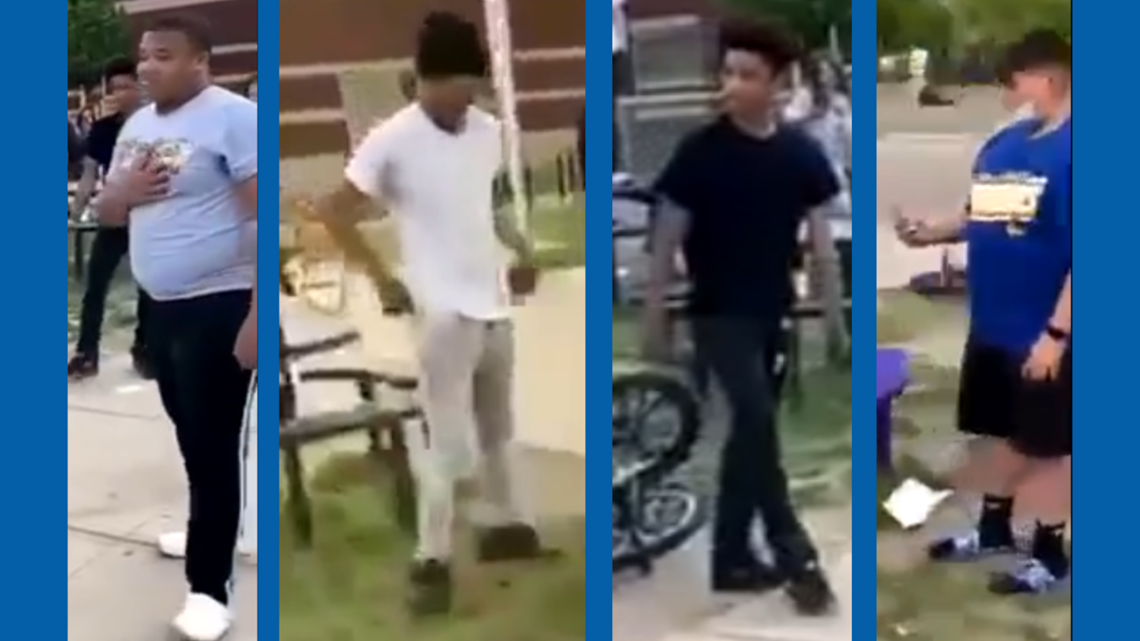 TOLEDO, Ohio – Toledo Police are asking people to look at several photos of four men suspected of assaulting a child on Monday and beating them until they passed out.

TPD said the attack took place in West Toledo on the 4200 block of Walker Avenue at Whittier Elementary School.

When the police arrived, the teenager was found unconscious on the ground and blood came out of his mouth and nose. His face was red and bruised.

Witnesses told police they saw attackers suffocate the 14-year-old boy and knock him to the ground. The boy was kicked and beaten and a bicycle was picked up and hit in the head. The attackers then fled the scene.

The testimony is supported by videos recorded during the attack, which was broadcast on the victim’s mother and handed over to the police.

The victim’s mother, who did not want to be identified, said her son did not know the attackers. He was on his way home and stopped by the school to greet a friend.

“My son didn’t know there was going to be a fight so he thinks it was started by someone,” she said. “You [the attackers] basically brag about it on social media. I had someone send me a Snapchat picture that said, ‘My kicks are bloody because I kicked them in the face.’ “

Police say the attack is not true if only published on social media.

“My heart breaks because it is a sad situation for everyone involved and hopefully this will help these children find a better path,” said the victim’s mother.

A spokesman for Toledo Public Schools said the attack took place after school and the 14-year-old boy who was attacked was not a TPS student. The playground in front of the Whittier Elementary has become a nighttime hub for kids who also ride bikes.

The school gave police a surveillance video to find out who the multiple suspects are. If a TPS student is found to be involved in the attack, they may face disciplinary or criminal action.

No arrests were made.

Identification attempt: On May 17th, the suspects pictured attacked a young victim until he passed out. This happened on the 4200 block on Walker Ave. If you can identify any of these suspects, call Crime Stoppers at 419-255-1111. #toledopolice pic.twitter.com/8DlQwpFVUl