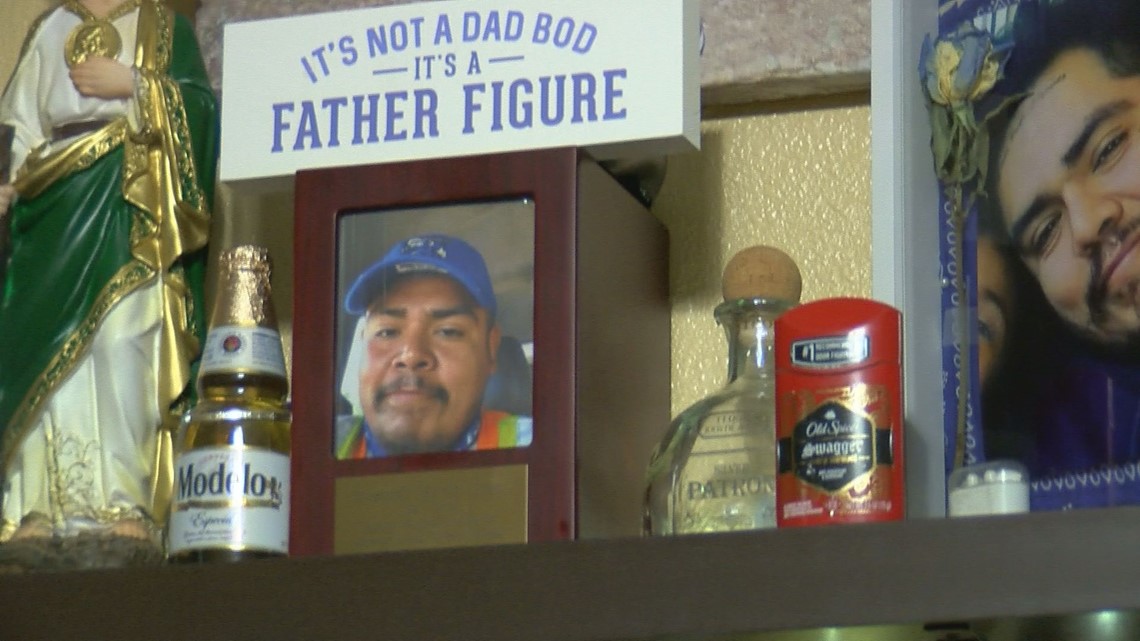 It has been more than six months since Everardo Cheno, 29, was shot dead in his Colton Street home.

TOLEDO, Ohio – A family from southern Toledo hopes the murder of their loved one does not go unsolved.

It’s been more than six months since Everardo Cheno, 29, at his home on Colton St.

Rosa Delgado keeps memories of Cheno, her boyfriend, on a shelf in her living room, like the deodorant he used and the last bottle of Patron Tequila they shared. But the sight of the little shrine every day is heartbreaking.

“My best friend is gone and I have to look at him on a shelf and it doesn’t suit me because we should grow old together,” Delgado said.

On December 10, 2020, at around 10 p.m., an unknown man wearing a face mask rang the doorbell. Cheno approached the door and the man fired two shots through the glass door, punching Cheno and killing him.

“I called 911 and held him and (the kids) came down and they screamed and said, ‘Dad! Papa! What happened to my father? Papa!'” Delgado recalled.

Toledo Police are still actively investigating and no arrests have been made.

Delgado said she will never stop fighting for answers for her four children.

“It’s not fair that her father was taken away like this, and to me because I can’t sleep at night thinking about who would do that and shoot through our door. What if it had been one of the children? “

Delgado describes her boyfriend as a loving, affectionate man who always made others laugh and who was happy to be a father.

She said she will be creating a GoFundMe page to raise funds for a billboard and a cash reward that can generate more tips.