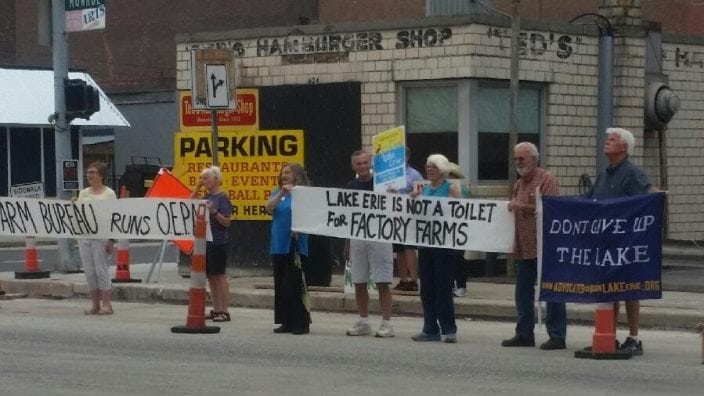 As the water problems on Lake Erie escalated this summer, strict environmental activists made a rational discussion of the problem and scientifically based solutions increasingly difficult.

It was no surprise that the approximately 100 spectators did not agree with the ideas of agriculture. Most of the participants showed little interest as Lesicko calmly and patiently explained how the farmers view the challenges and responded to inaccurate statements from their colleagues. A small group of farmers in the audience saw both the Toledo activists’ hostility and Lesicko’s professionalism come under fire.

Fortunately, the Toledo congregation does not represent the majority of Ohioans concerned about water quality. There are many conservationists, lawmakers, farmers and officials who prefer a considered, participatory approach to solving the algae problem. While reasonable thinking will ultimately solve the lake’s challenges, the Toledo event was an important reminder: many in the activist community have no interest in hearing the views of agriculture.

A podcast of the event can be heard here.

SUBTITLE: Critics of the Farm Bureau and agriculture protest outside before the Lake Erie panel began in Toledo. During the show, critics were also a vocal part of the audience.