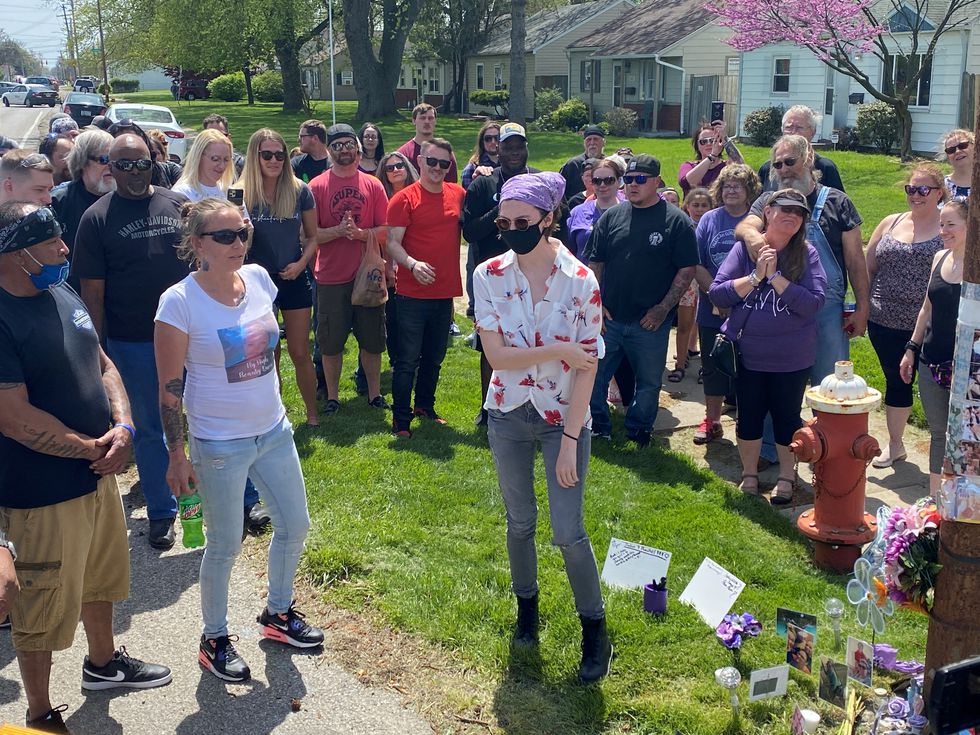 TOLEDO, Ohio (WTVG) – More than 100 people gathered on Sunday for a memorial ride in honor of a woman who was killed in a motorcycle accident last year.

Rachel Ciralsky, 34, died last June after an accident at the Bennett and Cloverdale intersection in Toledo. Authorities said the drivers involved left the scene and left Ciralsky on the road. She was taken to the hospital where she later died.

Oswaldo Moreno was arrested in her death on charges of serious vehicle murder and failure to stop after an accident. He pleaded not guilty on Thursday and is held on a $ 120,000 bond.

The commemorative drive began at the docks in the International Park in Toledo. The bikers drove to the scene of the accident and brought candles and photos. The drivers wore purple, Rachel’s favorite color, to honor their memory.

Kyleigh Ciralsky, Rachel’s daughter, said her mother would have cried “happy tears” had she been alive to see the event.

Rachel was a single mother and, according to Kyleigh, showed strength despite the stress that weighed on her.

“In a world that is really turned against you, it’s hard to be that strong,” said Kyleigh. “She was strong enough to be herself and a father figure, so I didn’t need one because she was there.”

Ciralsky said she didn’t know half of the people who took the motorcycle tour and called the biker community the most loving people she’d ever met.

Virginia Wilcox, a friend of Rachel’s, said she was there to support the Ciralsky family. She remembers Rachel as a bubbly and sociable person.

“Rachel loved everyone and she just wanted everyone to be happy,” said Wilcox. “She was the kind of person this world needs more of.”