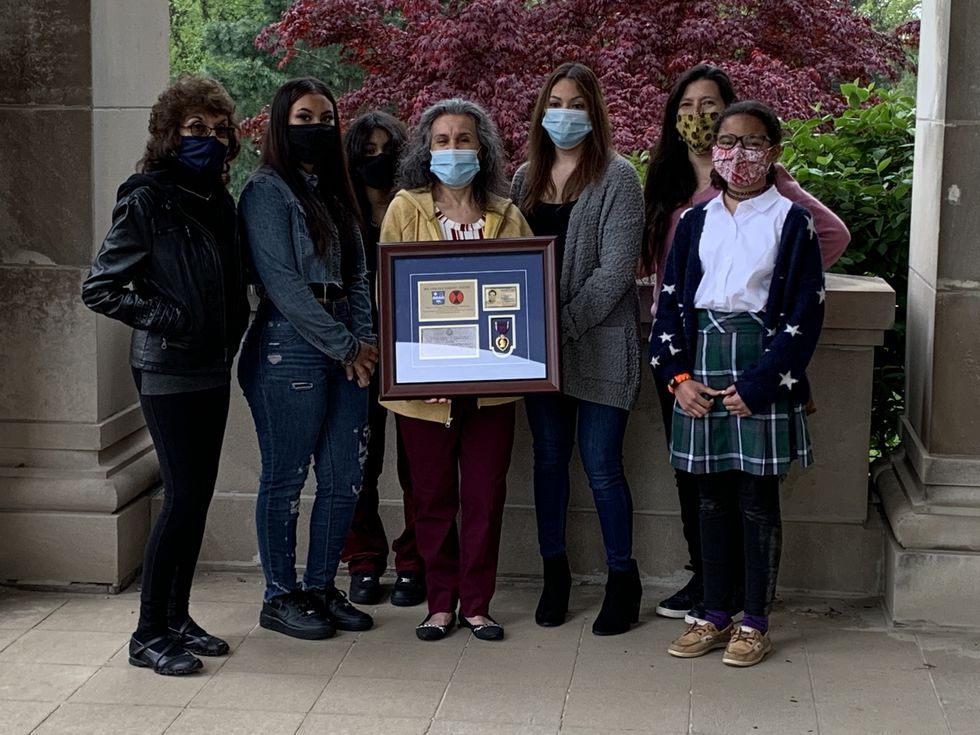 TOLEDO, Ohio (WTVG) – Purple Hearts Reunited returns Medals of Valor to veterans and their families. On Thursday, the family of private first class Vincent Joseph Chavez was reunited with their Purple Heart in Toledo. The ceremony took place in the Calvary Cemetery where PFC Chavez is buried.

“I had thought about losing the medal for a while,” said Carmen Chavez. “Now it came to my home.” Carmen tells 13abc that she lost the medal when she moved about eight years ago. Then, two years ago, someone signed up and reported the medal to “Purple Hearts Reunited”. This started the process of bringing the medal back home.

“There’s really nothing like it to enjoy it,” said Erin Faith Allen, operations director for PHR. “It’s really something special.”

The Chavez family has a long and proud history in United States military service. PFC Chavez’s brother Ramon died in service in 1945, and his 4 sisters each had sons who served in the military, a total of 5 sons. The family continues to serve, with PFC Chavez’s nieces and nephews raising children who are serving or who have served. The extended family has around 12 proud veterans to date. A cousin of Carmen Chavez was present on this special day and says it was a long time coming.

“It is gratifying that someone would take the time to find and give back what my cousin lost,” said Cecelia McHaffie, Carmen’s cousin. “It is simply beautiful. What a wonderful thing. That’s all i can say “

“I wish I could have known him,” added Carmen. “I always had this lost feeling inside of me. Now I don’t feel lost anymore. “

Purple Hearts Reunited is a nonprofit foundation that returns valiant medals to veterans or their families to honor their sacrifice to the nation. The organization has returned medals and artifacts to over 850 families, museums and houses of honor.