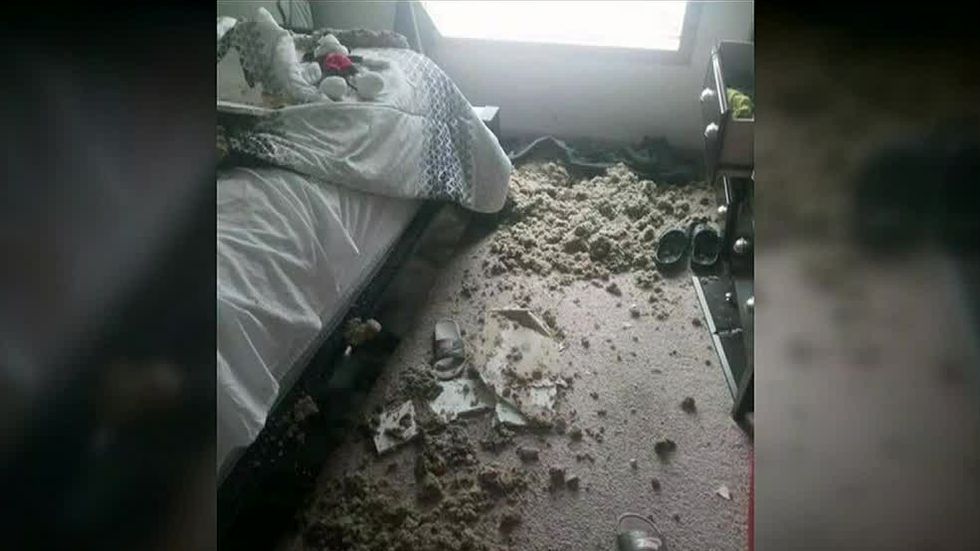 TOLEDO, Ohio (WTVG) – A mother from Toledo posted a video on Facebook of her blanket falling on her 18-year-old daughter and she says it was an issue that her landlord ignored.

Geneva Tuggle said the part of the ceiling collapsed through a crack in the wall. Tuggle said her daughter was sleeping in bed with her cousin when it happened.

“They both had to go to the hospital,” said Tuggle. “Both had a lump in the middle of their head and one had a little scratchy eye.”

Tuggle said the collapse left an 8-foot hole in the ceiling and debris all over the room.

She moved to the house on Lincoln Ave last May. and claimed several complaints to the landlord about cracks in the ceiling had been ignored.

Tuggle is also concerned about the spread of mold around their home. After it rained on Saturday, she said that water got into the house and holes were formed.

13abc asked the landlord for a comment but our calls went unanswered.

“This is the same problem as last May when I asked them to bring it up,” Tuggle said. “Because it’s the same crack at the bottom of the stairs, at the very top, through the hallway and to my daughter’s room.”

Tuggle said maintenance boarded up the hole, but now there are more cracks in the ceiling making them worried it will all happen again.

“It shouldn’t take a roof to collapse for someone to get out of here,” said Tuggle. “I’m calling and all they say is they can’t get out of here because of COVID.”

Amber Eichner case: Husband charged with murder after a body found in Toledo back yard