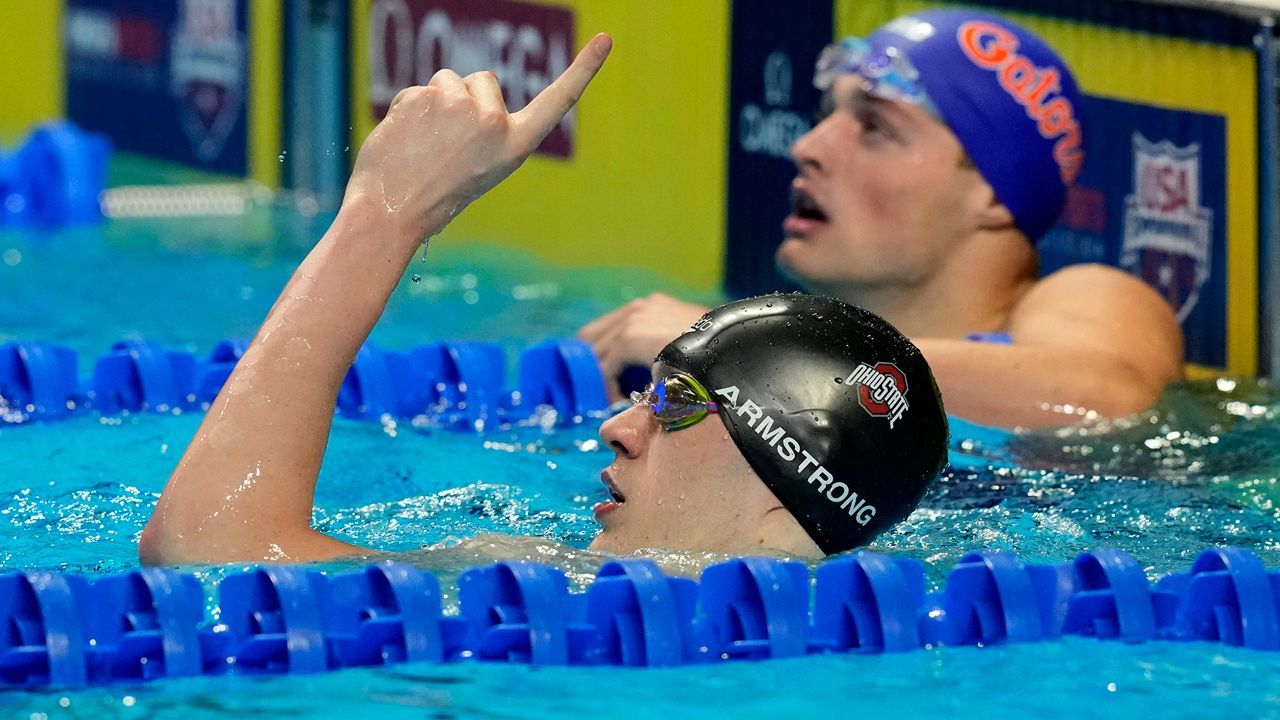 OHIO – While viewers may not have seen him during the 4 x 100m relay finals, Ohio state’s Hunter Armstrong and Dover played a key role in getting Team USA to the final round.

His efforts also earned him a gold medal.

Armstrong swam the backstroke in the preliminary rounds Friday night and helped the team advance to the finals on Saturday night. The team, represented by Ryan Murphy, Michael Andrew, Caeleb Dressel and Zach Apple – another Ohio native – also set a new world record for the season, beating Great Britain with a time of 3: 26.78.

According to the university, he is the first Ohio State male swimmer to join the Olympic team since 1965.

In the tests Armstrong took second place with a personal best of 52.48 seconds over 100 m back.

“The United States has an amazing history of 1,000-meter back swimmers and I want to be a part of it,” Armstrong told Spectrum News last month.

For Apple, who is from Butler County, it’s his second gold medal this summer.

The former Edgewood High School swam for Auburn and eventually Indiana University. Apple is the second fastest swimmer in the school’s 100-meter freestyle, according to Auburn University.

Last week Apple finished together with Dressel, Blake Pieroni and Bowe Becker with a time of 3: 08.97 in the 4x100m freestyle relay – the third fastest time in history. Apple served as the anchor for the team, which had a split of 46.69.