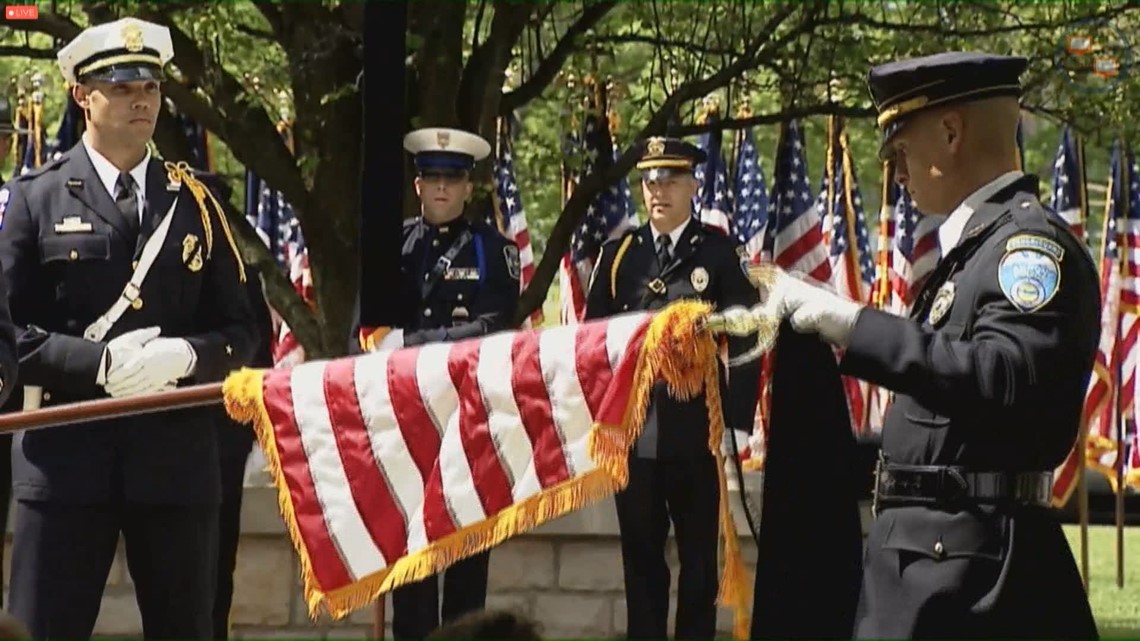 LONDON, Ohio – Ohio Attorney General Dave Yost, members of the Ohio Peace Workers Education Commission, and law enforcement officers from across the state gathered for the 33rd annual Ohio Peace Workers Memorial Thursday to honor the 809 Ohio officers who died in Ohio since 1823.

Yost recalled the seven Ohio police officers killed on duty in the past two years.

Among the names added to the memorial at the Ohio Peace Officer Training Academy in London was Toledo Police Officer Anthony Dia. He was shot dead on July 4, 2020 while responding to a report from a drunk person in a Home Depot parking lot.

“The sacrifice that these brave men and women made to protect us all from harm can never be repaid in full. Therefore, it is our duty to honor them and never to forget,” said Yost. and they will forever be remembered as heroes. “

“We will forever keep the name, the memory, the story of your loved one here in this sacred place and remember the day you were the good guys who came,” said Yost.

Next year the name of Toledo Police Officer Brandon Stalker will be included on the memorial.

There were also three historical introductions during this year’s event: