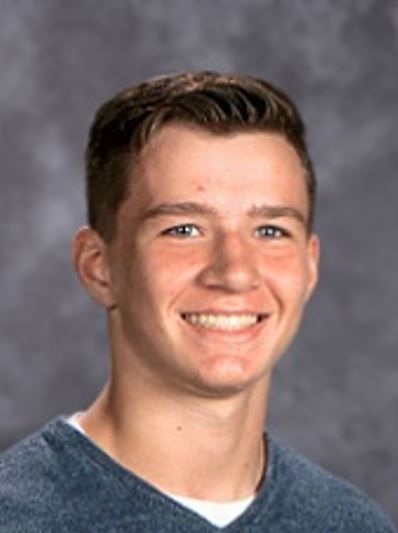 CLEVELAND – An Ohio Navy medic was among the more than 100 people killed in the bombing near Kabul, the Afghan airport on Thursday, officials from the medic’s former school confirmed.

Max Soviak, a 2017 Edison High School graduate, was one of 13 U.S. soldiers who died in the blast.

“Max was a good student who played sports and other activities throughout his school career,” wrote Edison Local Schools in a letter. “He was greatly respected and liked by everyone who knew him. Max was full of life in everything he did. Our schools and the local community mourn Max. He and his family are in all of our thoughts and prayers.”

The Navy issued a statement on Friday stating: “A seaman was killed during the August 26 attack on the abbey gate of Hamid Karzai International Airport in Kabul. We mourn this sailor and express our deepest condolences to our relatives from fallen shipmates. ”

The navy did not publicly name the victims until 24 hours after notifying the next of kin.

Meanwhile, a GoFundMe fundraiser has been launched to help Soviak’s family. According to the GoFundMe page, Jason Garza is organizing this fundraiser.

“His family goes through a lot of turmoil and grief, so we wanted to set up this fund in honor of Max and his family to help with everything financially so that they can focus on their family during this time of need,” wrote Garza the GoFundMe page.

The Soviak family released the following statement to Spectrum News on Saturday:

“On behalf of the entire Soviak family, we would like to thank everyone who has expanded their support and prayers for the loss of our son Max.

Max was a wonderful son who loved his family, community, and was proud to serve in the US Navy.

He was excited about the opportunities the Navy would offer him and planned to make the Navy a career. We are incredibly proud of his service to our country.

Words cannot express how heartbroken we are at this news and we will miss Max very much.

We struggle to cope with this personal tragedy and prefer to mourn in close family and friends.

Maxton was a great young man who was very popular in the community, as evidenced by the condolences from teachers, coaches, employers, family and friends. He has always prided himself on serving on a State Champion wrestling team and a State Playoff Final Four football team for two consecutive years, but most of all he was proud to be a Navy Corpsman and a “devil doctor” for the Marines. His last words to his mom on FaceTime when he said goodbye to her after telling him to be safe, “Don’t worry mom, my boys caught me. You will not let anything happen to me. ”

Today she realized that they all just went together.

Maxton leaves 12 brothers and sisters, all of whom are terribly hurt.

As you can imagine, this is a very difficult time for our family and we respectfully ask you to respect our privacy. ”

Senator Rob Portman wrote in a statement that he was “unhappy” with the news.

“He was a hero who died helping his Navy brothers save compatriots and our Afghan allies. We mourn his loss and pray for his family and friends,” Portman said.

Along with the 13 soldiers killed, at least 95 Afghans died, and officials believe the number will rise. Eighteen US soldiers were also injured, according to Pentagon officials.

The Pentagon confirmed Friday that it was a suicide bomber that caused the explosion outside Kabul airport, not two that were originally reported.

Governor Mike DeWine ordered that all US and Ohio flags be hoisted halfway through the staff on public land late Thursday evening to honor the victims.

“In accordance with an order issued by the President of the United States of America and in honor of the lives of US soldiers and other victims killed in the terrorist attack in Kabul, Afghanistan, Governor DeWine issued an order to lower the flag last night decreeing to do so.All U.S. and Ohio flags will be on display by sundown on Jan.

Toledo WTOL 11 Game of the Week