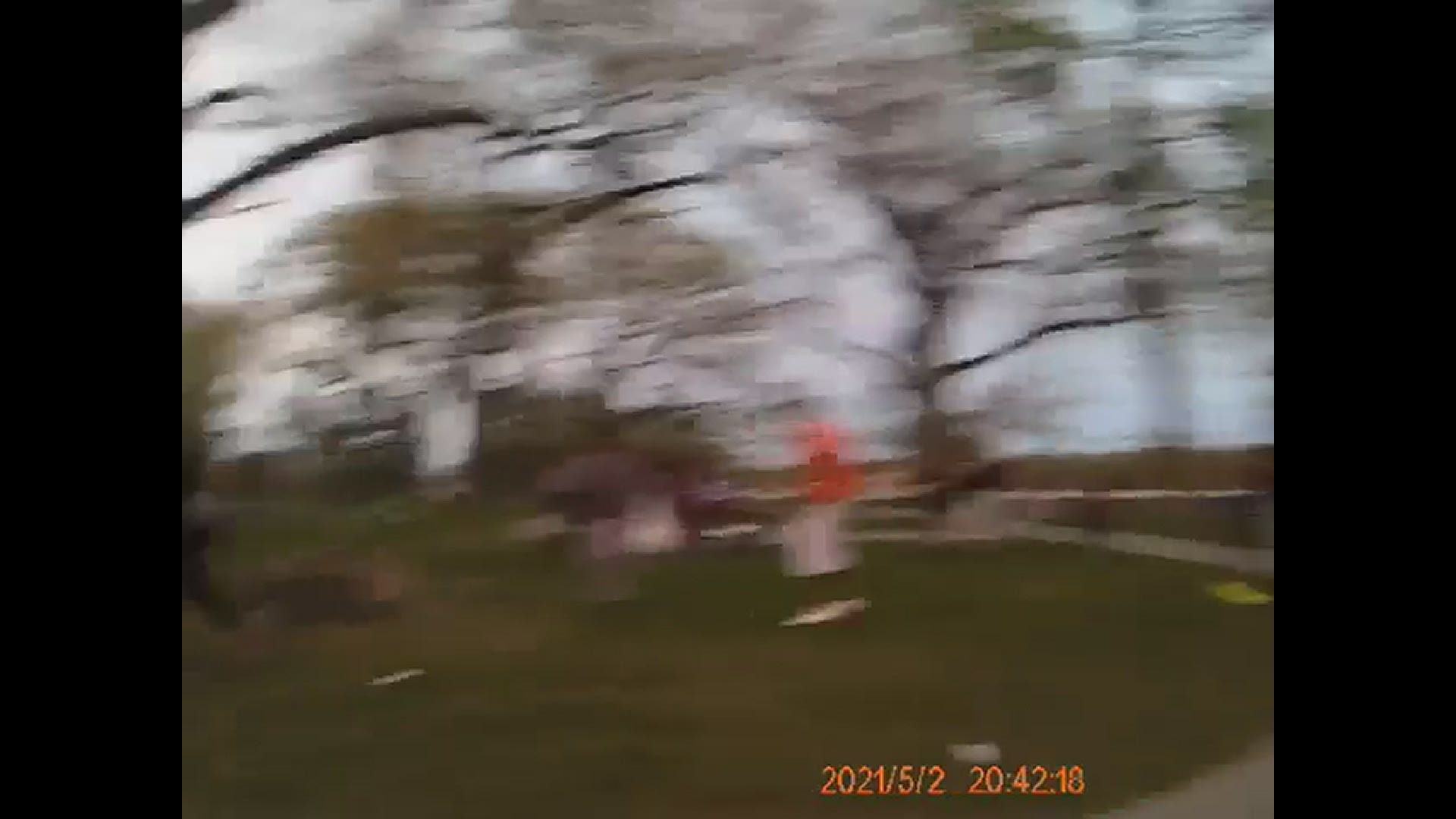 Toledo Police have filed complaints about groups of people on dirt bikes and four-wheelers tearing up yards and neighborhood parks.

It’s happening all over the city and Toledo Police have received many complaints.

The officers responded to Walbridge Park on Sunday evening and found around 30 people on dirt bikes and four-wheelers driving recklessly.

The activity was recorded on officers’ body cams.

One hears an officer watching: “Guy goes right in front of the child and then backwards. Could run over her. Thank God!”

The drivers made donuts and burnouts in the playground and police said a young child was knocked to the ground even though no one was injured.

The home surveillance video, recorded in early April from Delaware Avenue in central Toledo, also shows a normally quiet area that has been overtaken by drivers.

The drivers pop wheelies and turn their engines loudly in a peaceful neighborhood.

A homeowner on the east side also sees the drivers often and is fed up with it.

“It’s pretty difficult when bikes and ATVs are driving this loud and fast down the street, especially when it’s every hour or so and it doesn’t allow a break,” said Jason Carranza. “We actually started looking for a new place to live.”

Police say they have had complaints since the snow melted.

“The drivers are becoming aggressive towards officers. (They) surrounded the vehicles, pulled the door handles and tried to force officers to fight or pursue them,” said Lenhardt. “Tracking these vehicles could potentially pose a greater risk to local residents as well as to the officers and drivers of the ATVs themselves.”

TPD is asking you to call Crimestoppers at 419-255-1111 if you know who these drivers are driving around illegally.

What to do in Toledo Mother’s Day weekend