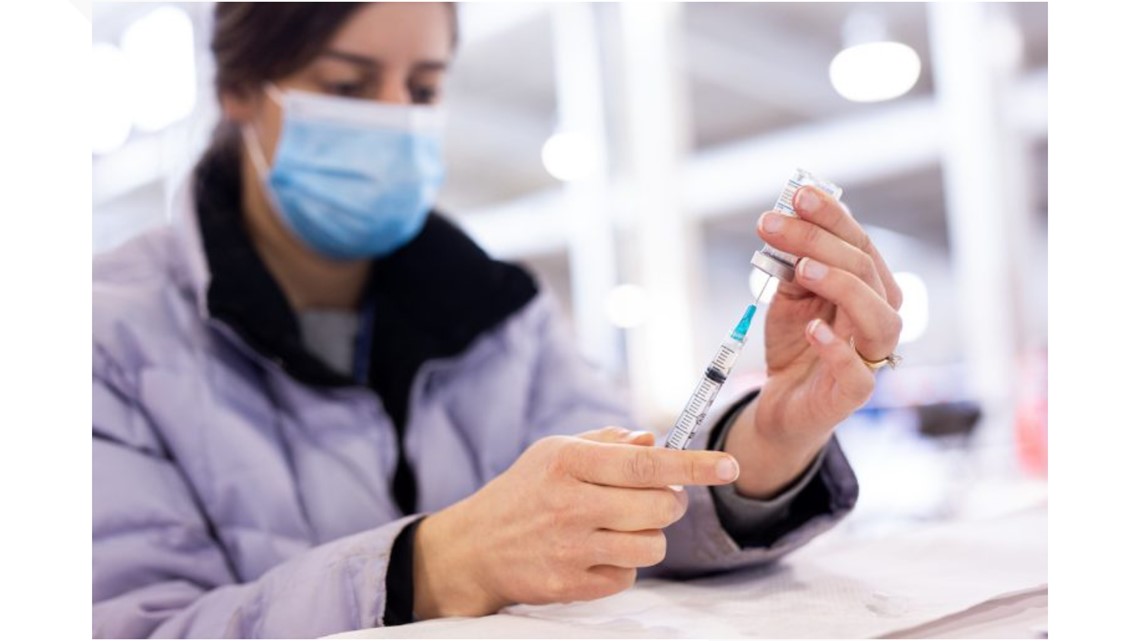 Links to external websites are not currently associated with the state planning system. Health officials said it would be fixed, but it still doesn’t work well.

COLUMBUS, Ohio – Ohioans seem overjoyed that virtually everyone in the state will be eligible for a coronavirus vaccine after March 29. They are less enthusiastic about the Get the Shot portal, which is supposed to be used by people to plan vaccines.

The Lucas County Health Department website switched to the state portal and when this week attempted to schedule appointments in that area, some users were directed to providers in Michigan. Punch in 43551, and that brought back places in California for vaccinations. In attempting to plan the Lucas County Rec Center’s mass vaccination site, the website looped users back to the beginning.

These obstacles were relieved by the morning, but users described the portal as clunky and not as good as the previous Lucas County portal.

The problem is, you are likely only signing in to see a list of external websites from providers like Kroger. Sign up with these and most likely you will find that they are solidly booked.

“Get the Shot website is a joke,” wrote a Twitter user on March 16. “You then have to look for an appointment on the individual pharmacy websites. It’s a very frustrating process. Too decentralized. “

On March 18, state officials told the Ohio Capital Journal that they hoped to make it less frustrating by next week.

The problem is that the links to external websites aren’t tied to the state’s planning system, health department spokeswoman Alicia Shoults said in an email last week. Vaccine providers who are directly connected to the state scheduling system only appear in the portal if they have free appointments. Websites from providers that are not connected to the system are always displayed.

Even in the most remote corners of the state, public pharmacies are supposed to book their vaccination clinics within three hours of the announcement. So, since the portal only lists vaccine providers within 20 miles of your zip code, you’re likely only seeing a list of links to websites from providers that state officials have no idea of ​​availability.

Ohioans seem overjoyed that virtually everyone in the state will be eligible for a vaccine after March 29. They are less enthusiastic about the Get the Shot portal for planning vaccines.

State officials hope to make it less frustrating next week

“The portal shows vaccine providers (such as pharmacies, local health departments, and state-qualified health centers) who use the state planning system directly, and third-party websites from other providers who currently do not,” Shoults said. “Organizations that use the system directly are visible when they have free appointments, but the external websites show whether they are doing it or not.”

An easy-to-use, efficient system is key if Ohio health officials are to quickly vaccinate 70% of adult Ohioans. Public health experts say this is the level it takes to seriously slow the spread of a dangerously mutated virus.

The Ohio Department of Health says it will take vendor collaboration to accomplish this mission. For their part, the providers would benefit from a better government website as it would help stop the constant calls they are receiving now.

Vaccine production has increased dramatically over the past month.

After Governor Mike DeWine lowered the minimum age for a shot from 65 to 50 over the past two weeks, he announced Tuesday that he would bring it down to 40 on Friday and 16 on March 29.

With so many Ohioans looking for shots soon, it’s important that they find it instead of getting so frustrated that they give up.

“ODH is working aggressively with vendors to use the gettheshot.coronavirus.ohio.gov website or for those using a system such as an Electronic Health Record (EHR) to communicate with the state’s system after testing is complete” said Shoults.

“Starting next week, the state expects residents to access the portal and see more places with available appointments that can be booked within the system.”