Northwest Ohio dad climbs back into burning house to save son 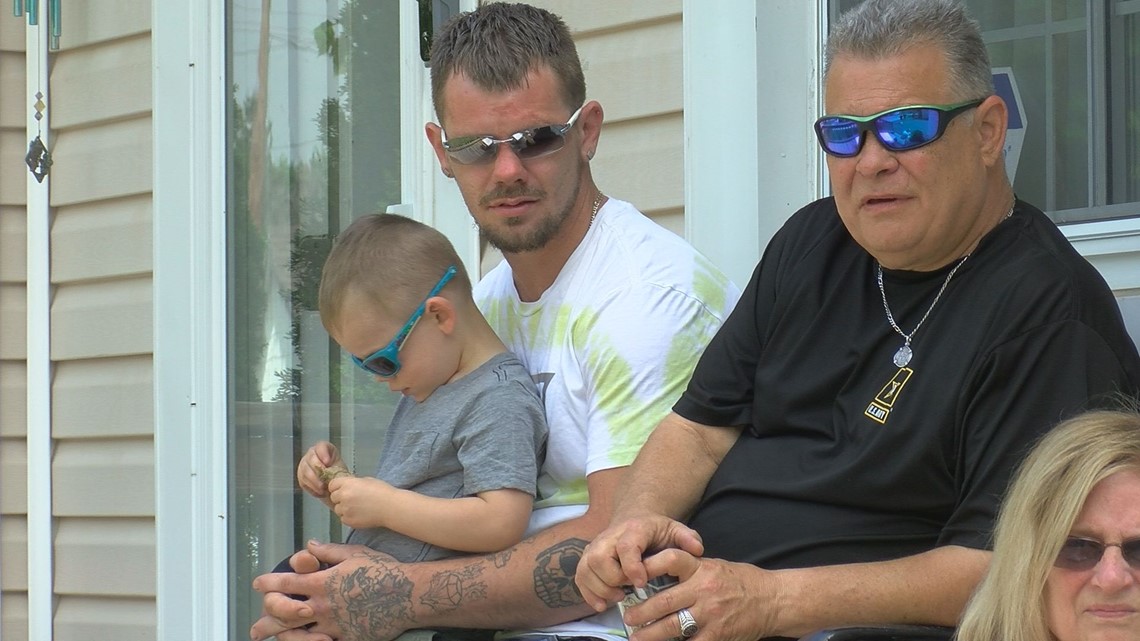 JD Belcher climbed a ladder back into the burning house to save his son. He is referred to as a hero but says he only protected his children as any father should.

TOLEDO, Ohio – It’s been a little over two weeks since a family of five from South Toledo escaped a burning house.

Heather Beringer woke up around 4 a.m. when her young son screamed. Immediately she noticed the black, suffocating smoke. The flames blocked the stairs so that she, her boyfriend and three young sons could not get to the first floor.

Beringer’s friend, JD Belcher, kicked the air conditioner out of her second-floor bedroom and jumped onto the porch below. He thought Beringer and the boys were right behind him.

“About 30 seconds went by and I panicked, so I ran around and got the ladder,” Belcher said. “When I got back to the front she had two kids and she was outside. She just looked at me and said she couldn’t find Chase.”

“I don’t know if I passed out, but I tried to turn around to get my other son because I couldn’t find him and fell out the window,” said Beringer. “At the hospital they told me that if I was there for ten seconds I wouldn’t have made it.”

Beringer could not return to the house and ran to a neighbor’s house for help.

Meanwhile, Belcher, who had a broken pelvis and wrist in a previous accident, climbed the ladder back into his burning house, found his 4-year-old son in the hallway, and jumped out the window with him.

“I’m not a hero. I’m a father. I hope everyone would do this for their son,” he said.

“Without him we wouldn’t be here,” said Beringer.

The family suffered smoke inhalation and minor injuries, but all five survived.

Firefighters told them the cause of the fire was electrical.

The family is in the process of rebuilding their home and a GoFundMe page has been set up to help them with the cost of rebuilding and replacing items and necessities. They didn’t have insurance.

They said they had a working smoke alarm but the flames, which were very hot, melted it.

According to the National Fire Protection Association, fire can spread quickly around your home, leaving you only a minute or two to escape safely once the smoke alarm goes off.

Make sure you have working smoke alarms and check them regularly. Replace any smoke alarms that do not sound when tested or are more than 10 years old. There should be one on every floor and in every bedroom.

Second, get your family together and go around your house looking for every possible escape route and exit.