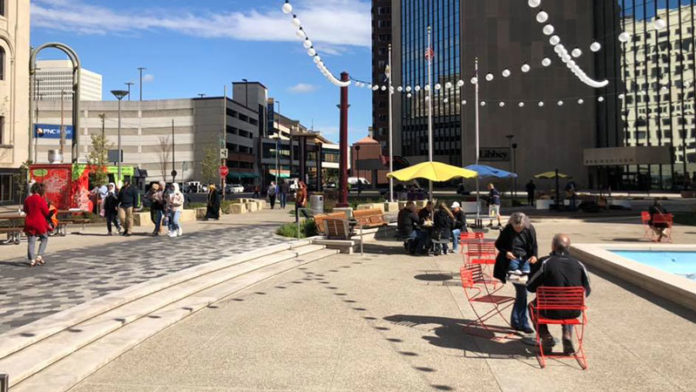 Midday in Toledo gets a lot funnier, at least on Thursdays. The popular Lunch at Levis concert series is back in its 16th season.

Last year, for pandemic reasons, the concerts were postponed during the traditional summer months and instead took place in October. But for 2021, lunchtime entertainment extravaganza is returning to Levis Square Park at 285 N. St. Clair St. downtown.

The weekly series of concerts, held every Thursday at 11:30 a.m., regularly draws over 2,000 spectators downtown for live entertainment, a selection of great food from local food trucks, as well as games and other activities.

Hot local music acts will be performed for attendees each week. The party kicks off on June 10th with an appearance by Kyle White. Andrew Ellis will appear the following week, June 17th, followed by Johnny Rod on June 24th. More acts will be announced in the coming days.