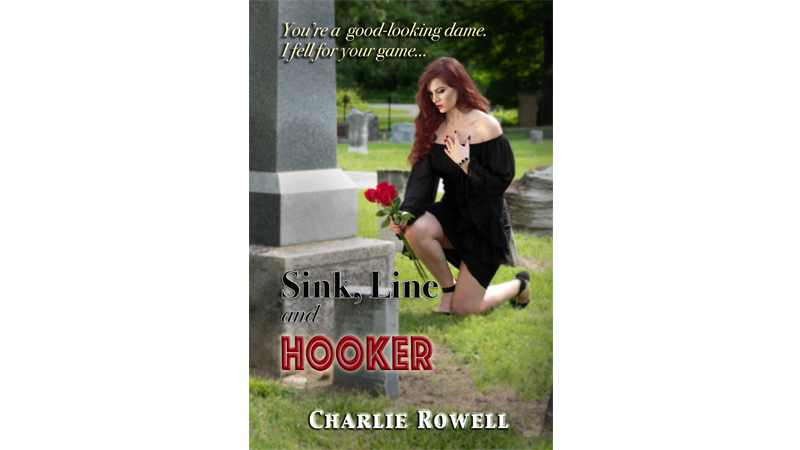 Sink, Line and Hooker explores the seedy side of Toledo

Have you ever wondered what the seedy underbelly of Toledo looks like through the blunted lens of a Juvenile Court attorney and retired Ohio Militia Brigadier General? Here is your chance to tour along the banks of the Maumee as prostitutes are ruthlessly butchered and dismembered in a secret ring. The book “Sink, Line and Hooker” was written by “Tour Guide” and University of Toledo law graduate Charlie Rowell (it was “TU” when he visited).

Charlie Rowell is printed as colorful as his characters are personally. The former Georgian tells a story from his life of writing his mysteries – he leaves a trail of breadcrumbs in the form of conversation clues that will give you just enough to keep readers seated. Rowell paints an interesting picture of his journey through the law and offers good story content. He admits he “knew nothing” and became a lawyer in part to fuel his creative fire.

For Rowell, life is an inspiration. He admits that all of his volumes relate in some way to “something I stumbled upon or stumbled over”. That includes an accent he encountered growing up in the South or his college living situation with his roommate in Brooklyn. He even made a character out of a brave little girl he met at the grocery store. “It was a lot of fun writing,” notes Rowell. He takes pride in character development and says for him, “Lake Erie is a character” and as long as he focuses on the people and the dialogue, the plot will develop in the end.

With a total of nine novels, five of which were published with “My Cousin, Charlene,” Rowell admits that his professor of creative writing and sister encouraged him to keep writing. It was her “deathbed curse,” jokes Rowell. The first manuscript of “Sink, Line, and Hooker” was protected by copyright in 1991.

The adventure of a lifetime

Sink, Line and Hooker leads the reader on a path of destruction with Rosellen Masters, Executive Assistant to the Mayor of Toledo. The story begins with a 15 year old grudge against the brutal murder of a teenager, a former mistress of Ms. Masters. A suspicious TPD sergeant, Quentin Van Easter, takes the wise advice of his retired partner, but still keeps a close eye on Masters and refuses to let go of the past. Add a bit of political corruption, the big mistake of an absent-minded lawyer and the seduction of the coveted property owner Stanley Willis – and you can almost see raindrops dripping from the five red roses that are placed on the dead boy’s grave every year at the weekend.

There is more to this novel than death and desolation. A trip to Van Easter’s private estate whets the appetite for a burgeoning romance with the unauthorized, naked sunbather Diane Hyler. Willis also leaves the beaten path and finds love in a dangerous game of cat and mouse with the mayor’s wife.

Regardless of the reader’s propensity for violence or passion, this literary murder express from Rowell will leave you breathless and clueless, providing only enough information to turn you homicidal for more. Who killed Jerry Tully all those years ago and why? And who is Ella Mae?

With two more parts of the “Hooker” trilogy still in the works, “Kearnan’s Lament,” due out around October 2019, Rowell promises that all loose ends will be tied into a pretty bow, dripping with blood and around one other wrapped corpse. Macy’s Window, the grand finale and author’s favorite, is likely to follow in November, but Rowell admits, “we’ve been fooled before” about the release dates.

Charlie Rowell’s imagination will have you looking over your shoulder, checking your back seat and locking your doors. Eyes can be seen everywhere in Glass City no matter which side of the muddy river you call home.

You can find the entire series on Amazon this fall at https://www.amazon.com/Sink-Line-Hooker-Charlie-Rowell/dp/1797622218

On Tour With A New Release, Blues Legend Walter Trout Heads To Toledo