Florida’s Marquel Blackwell to be running backs coach at Toledo 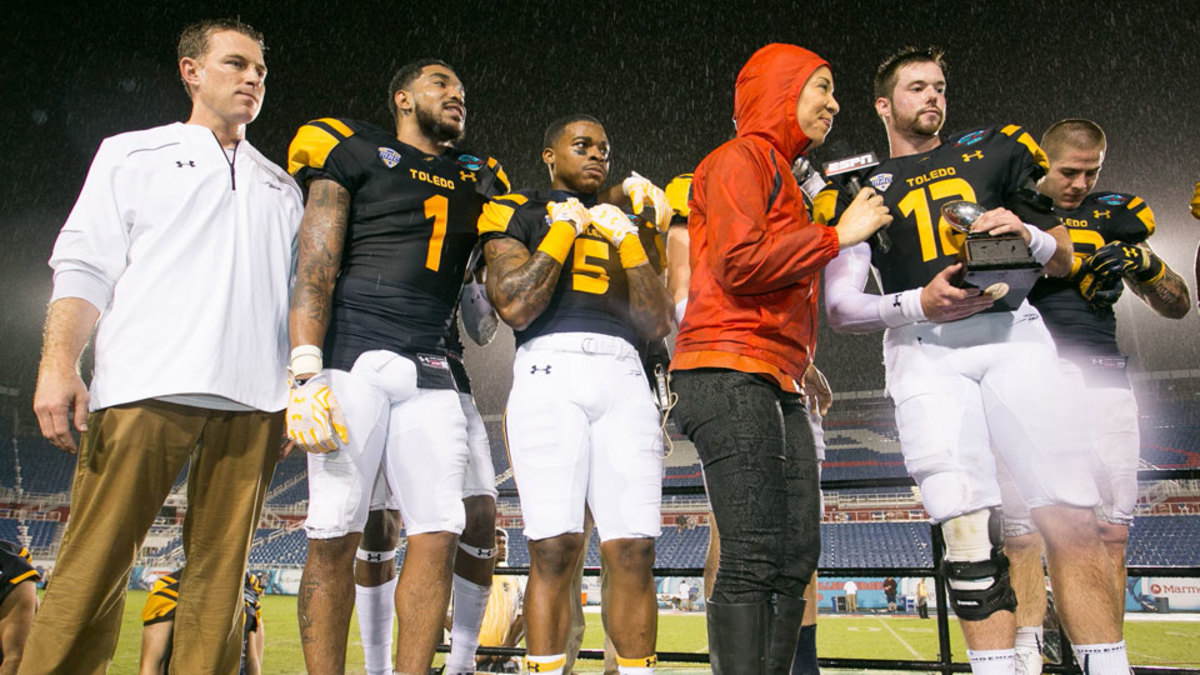 That past season was Blackwell’s first in his position in Florida. He replaces former Toledo running backs coach Anthony Johnson, who left for the same position in Texas last week.

Prior to Blackwell’s lone season in Florida, he was a year offensive coordinator at Lakewood High in St. Petersburg, Florida, teaching star quarterback Ryan Davis, who is now an up and coming sophomore receiver at Auburn. That was after Blackwell was director of player development at his alma mater in South Florida in 2013.

Blackwell, 36, spent 2012 as an assistant in western Kentucky after spending three seasons as a program assistant in south Florida. From 2007 to 2008, he coached Freedom High in Tampa, Florida after serving as the program’s offensive coordinator for a year.

Originally from St. Petersburg, Florida, Blackwell was a quarterback with the Tampa Bay Buccaneers of the NFL in 2004 and with the New York Jets in 2003. From 1999 to 2002 he set numerous school records as a signal caller in South Florida. including career passing yards (9,108) and touchdown passes (67).

Candle, a renowned recruiter, was hired to coach Toledo in December after serving as assistant to the Rockets for the past seven seasons, the last four of which served as offensive coordinator.

Candle’s offensive was consistently one of the best in the MAC, finishing third in the conference (35 points per game) and third on the offensive (460.9 yards per game) last season. The Rockets outperformed the MAC in both categories last season.

Candle began his career as head coach with a win in December when Toledo rolled past Temple 32-17 at the Boca Raton Bowl. The Rockets ended the season with a 10-2 record, their first 10-win campaign since 2001.

Toledo Is Finally Getting A Jeep Museum