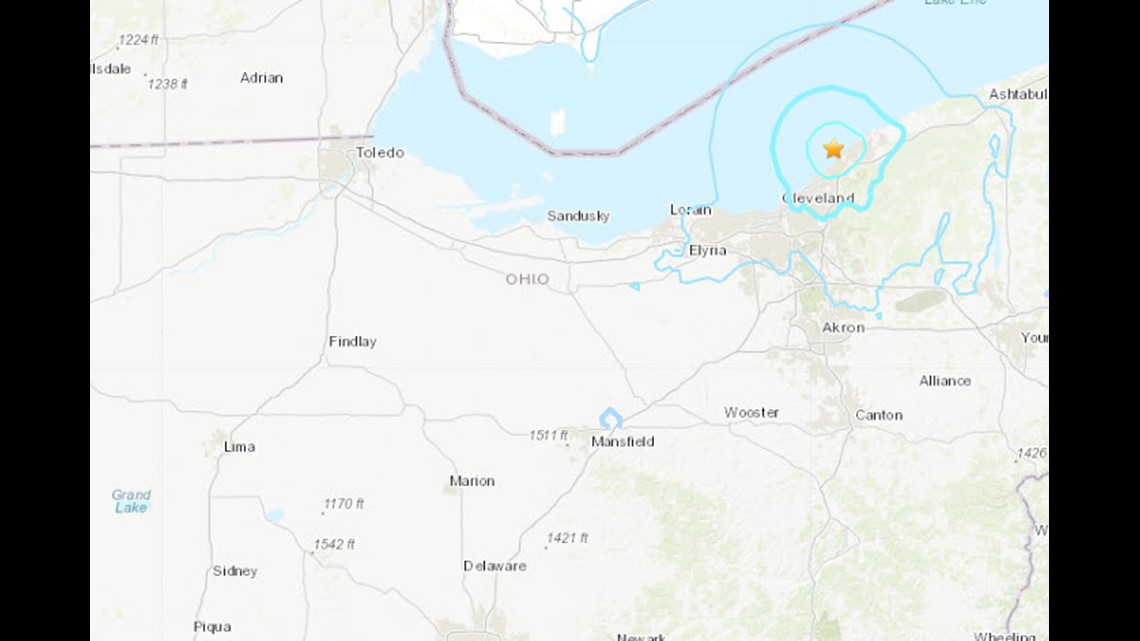 The United States Geological Survey reported that a 4.0 magnitude earthquake was felt in northern Ohio this morning.

The quake occurred over Lake Erie north of Eastlake, which is east of Cleveland.

There are confirmed reports of buildings shaking due to the earthquake.

A 4.0 magnitude earthquake means it is felt but does little damage. The highest magnitude is 8.0 or greater.

Earthquakes are caused by movements within the earth’s crust or volcanic effects.

The earthquake likely came as a shock to anyone who felt it, as Ohio is not normally considered a seismic state.

However, Ohio History Central says that Ohio has recorded at least 200 earthquakes greater than 2.0 magnitude since 1776.

Toledo’s Lead Law: Questions over fairness and cost of compliance