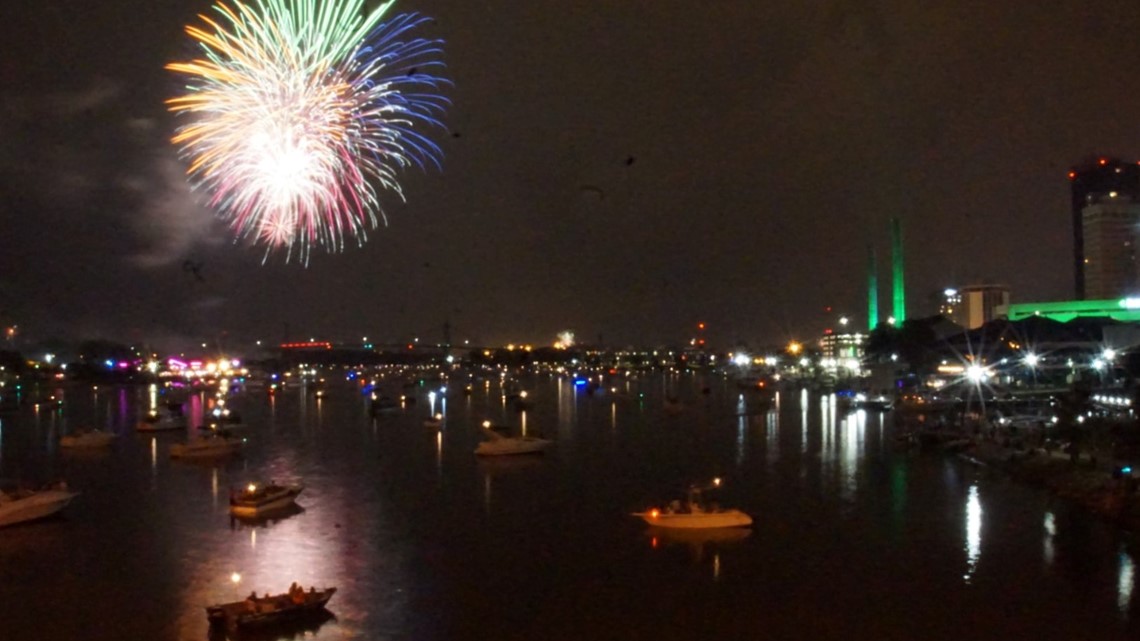 After initially announcing that the performance would be canceled for 2021, the city guides changed course and decided that the fireworks would be re-lit.

TOLEDO, Ohio – After announcing earlier this month that the fireworks would not be held on July 4th this year, the city of Toledo changed course and guides said they were back.

Mayor Wade Kapszukiewicz said the COVID-19 pandemic has caused many strange situations over the past year and this is just one more of them.

Kapszukiewicz said the original decision was not due to a lack of money, lust, or anything related to health restrictions. The city originally canceled the fireworks because the provider it has been using for years was unable to put on the show due to supply chain issues that started in China and were caused by the pandemic.

He said that bigger cities like Columbus had the same problem and that other smaller, local parishes weren’t putting on such a big show.

Following the announcement that Toledo would not host fireworks this year, the mayor said several other vendors had come forward.

“One of his competitors was Johnny-on-the-spot and he turned to us and said, ‘I can do this and I already own the fireworks so I don’t have to worry about delays in the supply chain,'” said Kapszukiewicz.

According to reports, city guides tried to look for other providers from the start but couldn’t find anyone who could work to make it work.

If you’re wondering what happened to the city’s budget for the canceled fireworks display last year, the mayor said the money was transferred to the city’s general fund and was used to negate the effects of COVID-19

Fireworks in downtown Toledo are scheduled for Friday July 2nd.

The fireworks are scheduled to start from International Park around 10 p.m. Promenade Park, Glass City Metropark, Middlegrounds Metropark, and East Toledo have some of the best views.

Spectators are advised to arrive by 9:00 p.m. at the latest.

40 years ago today: The “King” makes final visit to Toledo

Is there going to be a Fatherhood Walk in Toledo in 2021?