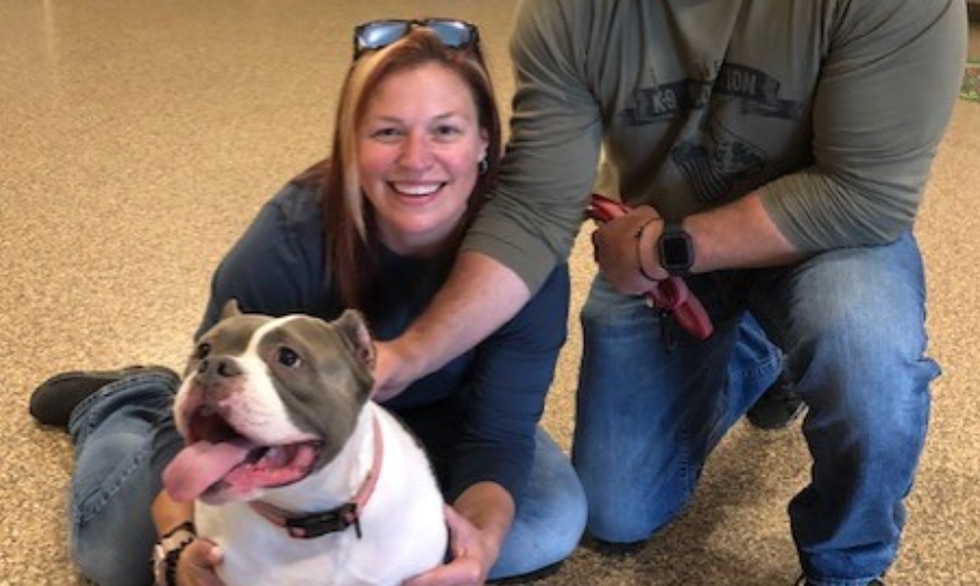 TOLEDO, Ohio (WTVG) – An incredible story of determination and love. A dog that survived a horrific attack that killed its owner has a new home. Baby girl will spend her days with someone close to the case.

Your story has many chapters. Some of them are heartbreaking, but many say that what was written today is nothing short of a miracle.

Anthony Banks owned Baby Girl. He was murdered at his home in Norwood, Toledo last October. At first, the crews on site thought the dog had also been killed.

Toledo Police Department detective Danielle Mooney is the lead investigator on the case. When she got to the scene, she spotted Baby Girl and called for her.

“She immediately jumped up and it scared me because I wasn’t expecting it. She ran towards me despite her terrible injuries, and despite those injuries, she was still wagging her tail. “

Baby Girl was taken to MedVet for emergency treatment, and it soon became apparent that she had a good chance of survival. She was eventually taken in by the Lucas County Pit Crew and cared for in a nursing home.

Jean Keating is the founder of the rescue group.

“She must have an incredible will to live because the wounds on the back of her neck were so deep that you could stick your fist into some of them. It was covered with knife wounds. She still has some scars, but they are healed and it didn’t dampen her spirit. It makes us all so happy that we can help make the tragedy a little better. “

While Detective Mooney was working on the case, the little dog that survived that terrible night was always on her mind.

“She just captured my heart. I talked about it with a mistake. I’m sure a lot of people got tired of hearing about it, but I couldn’t get them out of my head. I told my husband if there is a way to adopt her it would be amazing. I expected him to say no, but he said okay. I am overjoyed that she will be part of our family. “

“I’m trying to hold back. I am very emotional, it makes me so happy. “

It also makes Anthony and Malcolm Banks happy. They are so glad that the detective who helped with their father’s murder has adopted their father’s baby girl.

“It’s amazing to see Baby Girl now compared to that night. She is happy. She is back to her old self. And that’s nothing but the grace of God, I really believe that. I am so grateful that she survived this terrible situation. You can find good in all things, and this situation is great. It gives you hope to know that there are still so many people out there who care about people, ”says Anthony.

Anne Hair, also known as Anne Green, was charged with the murder of Anthony Banks.

Behind the scenes: Toledo Fire and Rescue Dept.’s HAZMAT training