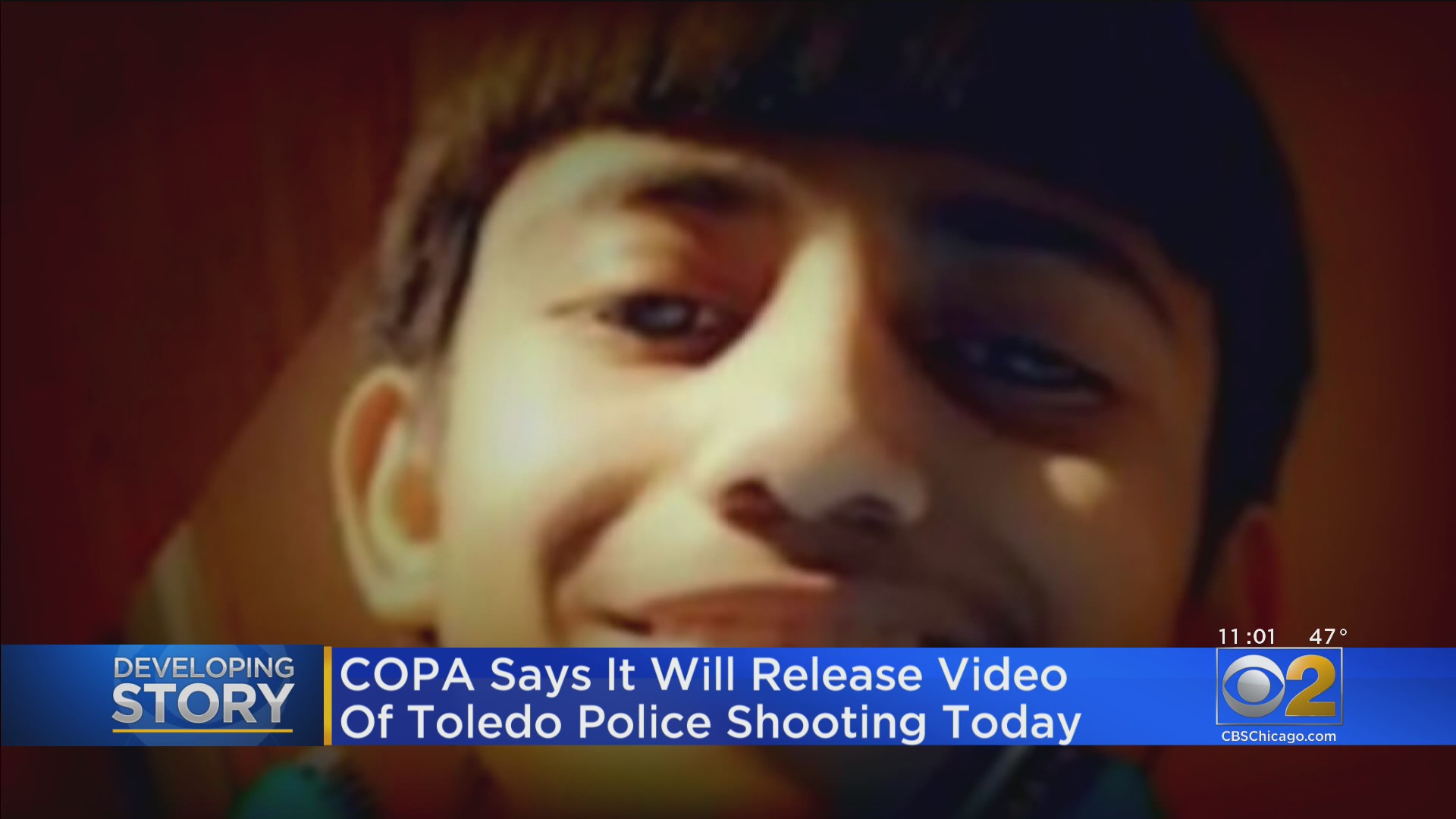 COPA did not say when to expect the body cam video and other materials to be released.

– – Mugo Odigwe of CBS2 lives outside the headquarters of the Civilian Police Accountability Office – also known as COPA – in Westtown. Mugo, what’s the latest update on the timeline as to when we could see this body cam video?

MUGO ODIGWE: Yes Ryan, we’ve been checking the COPA website all morning. No video or material has yet been released on this case. But we hear it could happen this afternoon. And at this point we know that even when this happens, the family demands peace.

Now, on March 29, 13-year-old Adam Toledo was shot dead by a CPD officer in Chicago’s Little Village neighborhood after a car chase down an alley. A 21-year-old man who was with Toledo was charged. Police responded to a gunshot call in the area and a gun was found at the scene that was believed to be in Toledo’s possession. All of this according to court records. Just that Tuesday, the Toledo family was monitoring and reviewing all evidence in the case. They initially asked COPA not to distribute the video, but city policy requires it to be released within 60 days of a police shooting. In a joint statement with the city this morning, representatives of the Toledo family said they want all material released from police reports to include audio and video from nearby surveillance cameras.

As for the body camera video, they want a slowed-down compilation of what happened the night he was killed. In the same statement, representatives of the Toledo family say that after the video is released, the public should express themselves peacefully, knowing that watching this video will result in a painful and emotional reaction. That was part of the statement released this morning. For this video too, we were told it was going to happen this afternoon. However, the exact time frame is not currently clear. We live in Westtown. Mugo Odigwe, CBS2 News.

– – Thank you, Mugo. And the mayor, Mayor Lori Lightfoot, is holding a press conference with community leaders at noon today before the video goes live. We’ll bring this to you live once she gets on the podium.