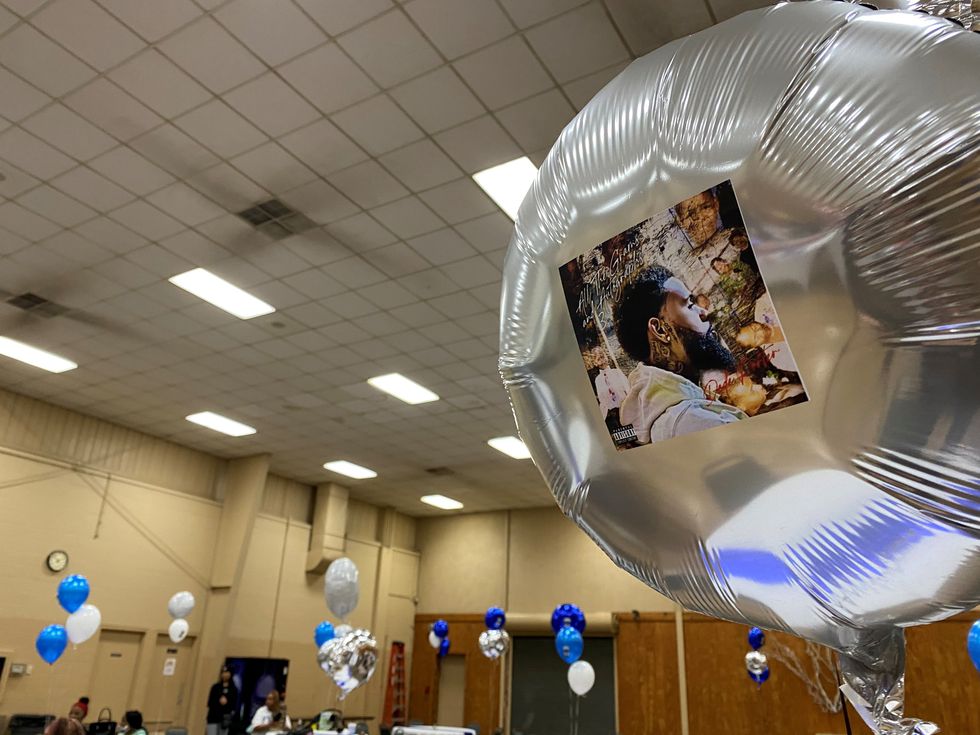 TOLEDO, Ohio (WTVG) – The murder of 29-year-old Toledo American Jo’von Porter on March 3 remains unsolved. Porter was gunned down in his vehicle on West Central Avenue near ProMedica Hospital. Saturday’s relatives gathered to commemorate and were still searching for answers.

“This call is the worst call a parent can get,” said Abena Rowland. “It happened so quickly.”

In an instant, Abena Rowland’s son Jo’von’s life was tragically taken away. The Toledo man was known for his music career and fashion business. Community members and fellow artist colleagues gathered in his honor at St. Clemens Hall on Tremainsville Road.

“He’s been a positive force in his community with his music, with his clothing line, so I just wanted light despite everything that’s going on.”

40 companies sold and shared their products in the church’s banquet hall, with Jo’von’s clothes and rap album on display in the front and center for those to see.

“I didn’t just want to showcase him, so I just wanted others to come and showcase their craft and just try to find unity.”

Justice for Jo’von brings people together. With no clue in the event the money earned at Sunday’s event goes to an organization that aims to find answers for the relatives of murder victims entitled: Victims of Crime.

“What we want to do is align it with something that, if anyone has any information or anything, goes to them.”

No one has been arrested or charged with murder. Anyone with information is encouraged to contact Crime Stoppers at 419-255-1111.