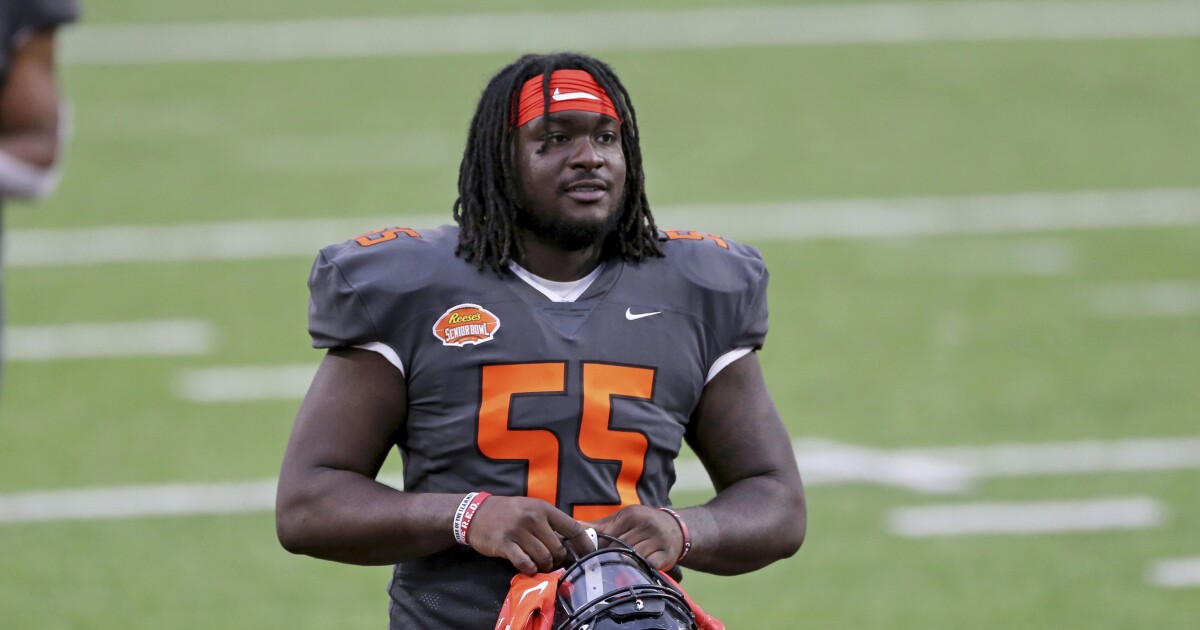 CLEVELAND – The Cleveland Browns selected the offensive tackle against James Hudson of Cincinnati with the number 110 in the 2021 NFL Draft.

The Browns acquired the fourth round selection from the Philadelphia Eagles in a deal with linebacker Genard Avery in 2019.

The Toledo-born Hudson will provide depth of rotation on the already explosive line of attack.

Brown’s vice president of players’ staff Glenn Cook said Hudson will play in one-on-one and cross at the guard, but it will remain a one-on-one on the depth map.

“We can never have enough big guys to move around and fit into the scheme,” Cook said.

Hudson said he was excited to play for the Browns and be so close that his family could easily see him play at FirstEnergy Stadium.

“It means everything. It warms my heart to know that I will only be an hour and a half away from home,” said Hudson. “It’s a blessing. I look forward to dressing for the state of Ohio.”

In Cincinnati, Hudson received the First Team All-American Conference award and was able to assert himself against Georgia’s Azeez Oljulari in the Peach Bowl last season. His offensive line allowed only nine bags in the regular season last year.

Hudson’s formidable piece may have the aid of Brown’s legend, Joe Thomas. Hudson said when he switched to Tackle he would look for videos of Thomas’ band on YouTube to study his game and try to replicate it for himself.

“Joe Thomas is the guy I looked up to and still look up to,” said Hudson.

Additionally, the Browns elected cornerback Greg Newsome II on the first night of the draft. On Friday, the Browns moved from the # 59 to the # 52 to select linebacker Jeremiah Owusu-Koramoah, adhering to Berry’s pattern, the defense for that off-season a priority.

Download the News 5 Cleveland app now for more articles from us, as well as notifications of important news, the latest weather forecast, traffic information and more. Download it now on your Apple device here and on your Android device here.