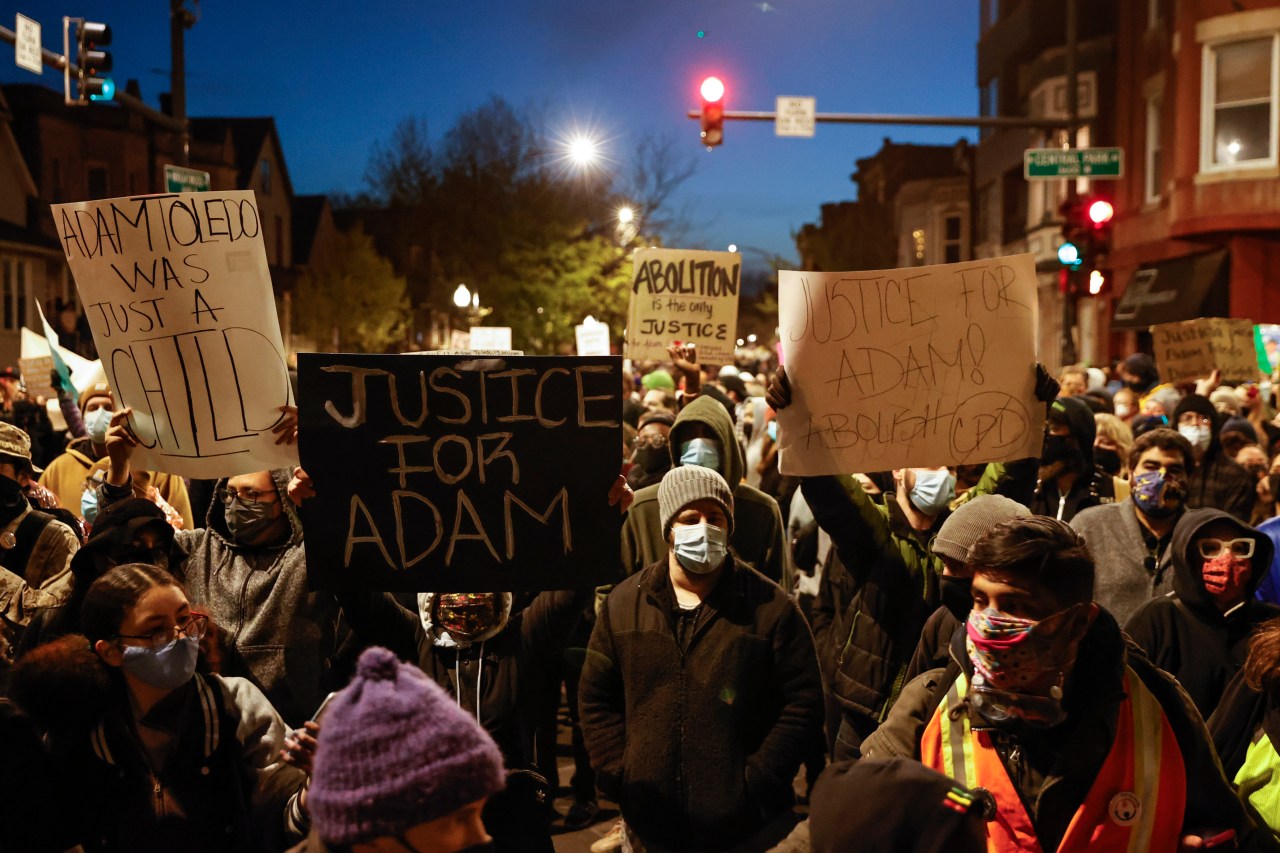 CHICAGO – Adam Toledo’s family lawyers thanked the Chicago community on Monday for peaceful demonstrations and vigils following the video posting of his death.

Attorneys Adeena Weiss Ortiz from Weiss Ortiz and Joel Hirschhorn from GrayRobinson made the statement on behalf of the Toledo family.

We’d like to thank the Chicago community for banding together in peaceful demonstrations to show their respect for the family and love of Adam Toledo.

“The Toledo family is overwhelmed with your sincere prayers and warm support as the people of the ward come together gracefully and respectfully to honor their son’s life.

“As we continue to seek justice for Adam and his family, we ask everyone to continue to respect the Toledo family’s privacy and that the protests and vigils remain calm, peaceful and non-violent.”

Full statement from the Toledo family

Video footage of the shooting, released Thursday by the Civilian Office of Police Accountability, showed a CPD officer later identified as Eric Stillman and Adam Toledo on March 29 at around 2:30 a.m. in the alley of the 2300 block of Once South Spaulding Avenue in Little Village shot in the chest.

Adam was shot after he and 21-year-old Ruben Roman allegedly ran away from police. Authorities responded to the area after reports of gunfire.

Since the video was released on Thursday, demonstrations have been largely peaceful every day.

Smaller protests took place on Thursday evening after the video was released. On Friday, thousands gathered peacefully in Logan Square. According to the police, only two people were arrested. Both men were charged with offenses – one for spitting on an officer and one for reckless behavior after a clash with police.

On Sunday hundreds gathered for a “peace walk” in Little Village, the neighborhood where Toledo was killed.