Are there organizations for minority owned businesses in Toledo? 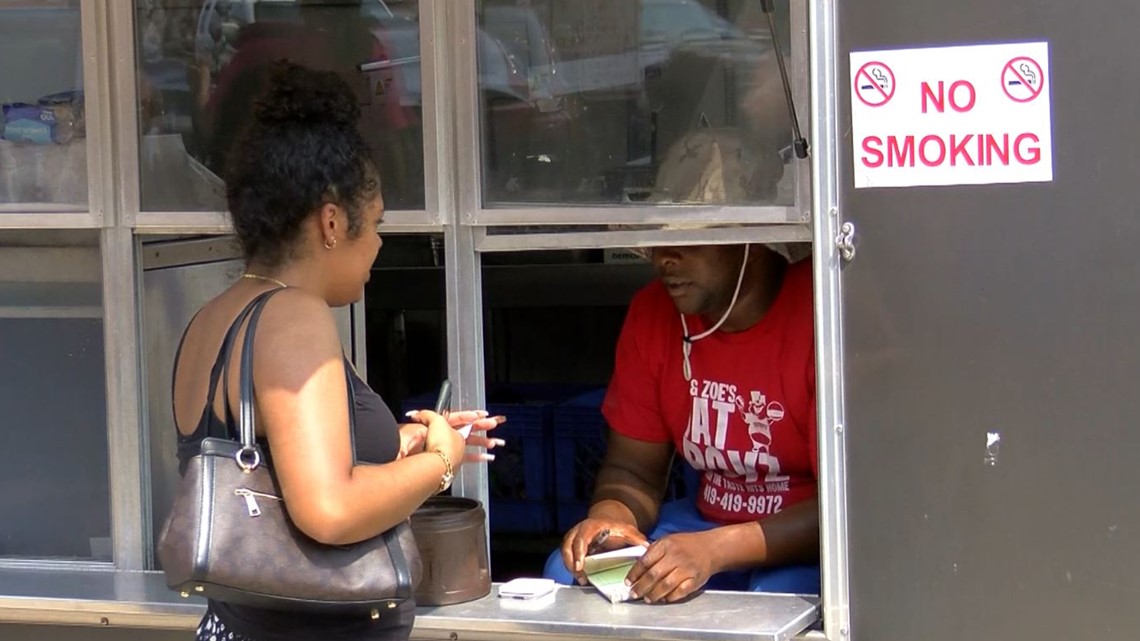 Toledoan Rashawn McDonald is building a small business community to help one another thrive and grow together.

TOLEDO, Ohio – Starting a business is always a risk. That’s what people usually say. But it is even more difficult for members of the minority community.

Many new companies opened up to an unsafe world with the pandemic over the past year. So a food entrepreneur in Toledo started a grassroots movement to help other businesses succeed.

Rashawn McDonald Sr. has endeavored to make his own business successful. He owns Glaze ‘Em Gourmet Funnel Cakes and has been doing reasonably well since moving to a full food truck, but felt the need to help others who were trying to do the same.

“Sometimes it’s not about money, but about knowledge.

So he started the Building Business movement to build a network of other like-minded small businesses in Toledo looking to grow.

He helped organize the first Chicken Wars competition on Sunday at the Toledo Farmer’s Market. It was an effort bringing local food truck owners together for a fun competition and showing that they can do better together.

McDonald emphasized that he values ​​diversity because he grew up in a household with a white father, a black mother, and now a woman from Central America. He believes minority businesses are attacked in a variety of ways, such as site leasing and loans.

“When they are stopped and turned away, usually because of the color of our skin, it slows us down,” said McDonald. “Some things have been speeded up, but it’s a lot of red tape.”

Nicole Crawford creates bespoke mugs, t-shirts and more as part of her small business, NLC Creations. She says she always wanted to be her own boss, but no one showed her how she grew up.

“We have a different economic background that we grew up in,” said Crawford. “So basically funding and launch and various sales outlets to showcase our company.”

Crawford says after four years her business is exactly where she wants to be. And she wants young people to learn that they can too. But she also emphasized not to be afraid to seek help.

“If we stick together, we can build prosperity in our community,” said Crawford, “and grow from there.

McDonald plans to bring businesses back together for Taco Night on September 5th at the Toledo Farmer’s Market.

You will get healthier in Toledo