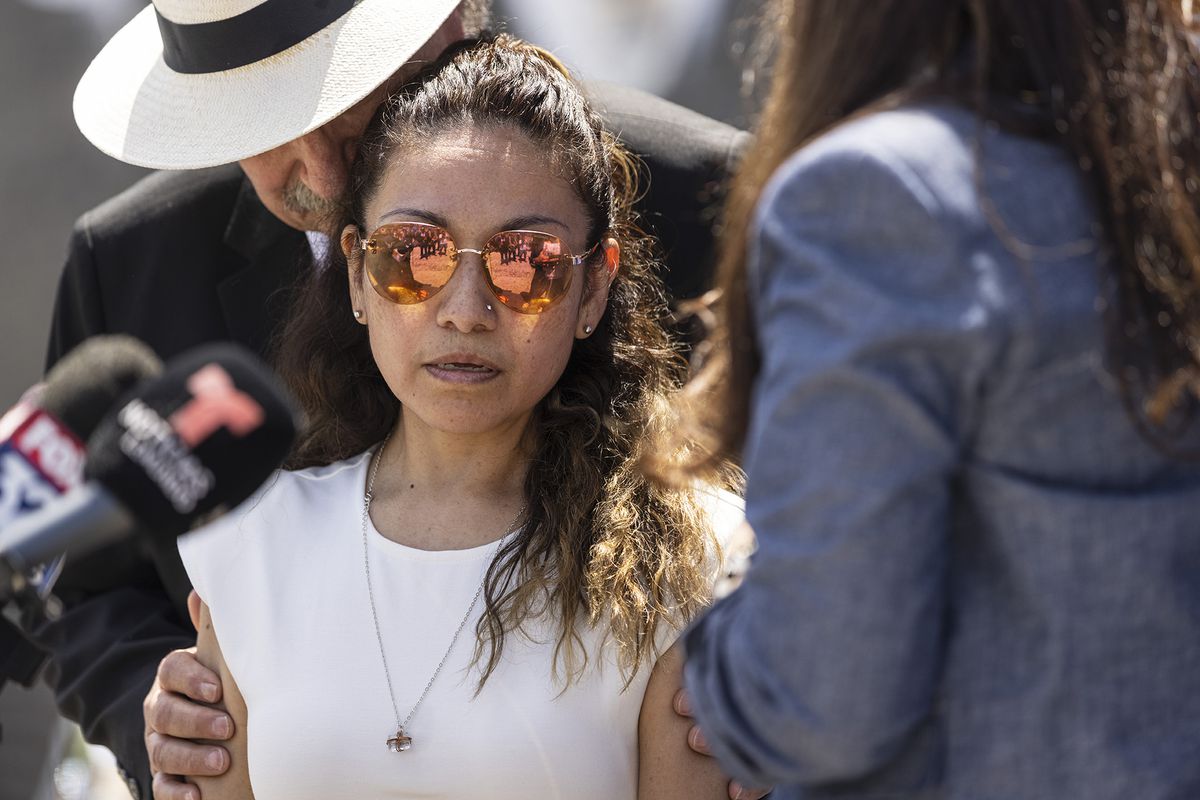 Children chased and sucked ice cream in the sticky midday heat while other guests gathered and ate tacos from paper plates.

During the meeting, a small woman in tight black pants and an off-white blouse sipped bottled water. She said she didn’t feel like eating.

There were balloons for Adam Toledo – in his favorite colors blue, black, and white – but this wasn’t the kind of celebration Betty Toledo had in mind for her son.

“Today would have been Adam’s 14th birthday. I find it hard to say these words. Wish he was here and we had pizza and cake. “

Those were Betty Toledo’s words, but they were spoken by her lawyer Adeena Weiss Ortiz on Wednesday because the grieving mother was simply not ready to speak publicly. Toledo stood nearby under a mural of her son painted on a wall at the junction of Ogden and Lawndale avenues.

A Chicago police officer fatally shot and killed Adam in the early hours of March 29 after chasing him in an alley next to Farragut Career Academy in Little Village. A gun was found near where Adam was shot. The encounter was captured on police-worn body cameras and opened to the public in April, sparking mass protests and international attention.

On Wednesday, as family and friends remembered Adam, they announced plans for a 70-acre rural sanctuary in southern Wisconsin designed as a sort of escape for city kids like Adam.

“What I really want is to have Adam back and I can’t,” Ortiz said, reading Betty Toledo’s words. “But we can try to help other families protect their sons from the temptations that brought Adam to the streets that night – the night he was killed.”

When Adam’s Place is ready, maybe in a year or so, there will likely be land for crops, a cattle barn and bunks for eight children ages 10-14, as well as a place for parents to visit their children, organizers said .

“We know Adam would have loved a place in the country where boys could learn to be responsible by helping take care of animals,” Ortiz said.

A few dozen followers watched while Ortiz spoke, many wearing white Adam-like T-shirts with a halo over their heads. Silver balloons in number 14 fluttered in the wind.

Adam had four siblings. His sister, Esmeralda Toledo, 24, was among those who spoke. Her words were often interrupted by tears.

“He was a kid just learning his way around the world and he deserved the chance to make mistakes and learn from them – like all of us – because nobody is perfect,” said Toledo. “A young child shouldn’t have to die as punishment for mistakes.”

Toledo urged people to show compassion for a family who are still grieving.

“Everyone only judges and takes on things from the last moments and minutes of their lives,” she said. “I was there. I watched him learn to walk, how to crawl. I was there. I saw him grow a little mustache. I heard his voice change. I heard his jokes and laughs.”

Ohio Vax-a-Million: How much will I win in COVID lottery?