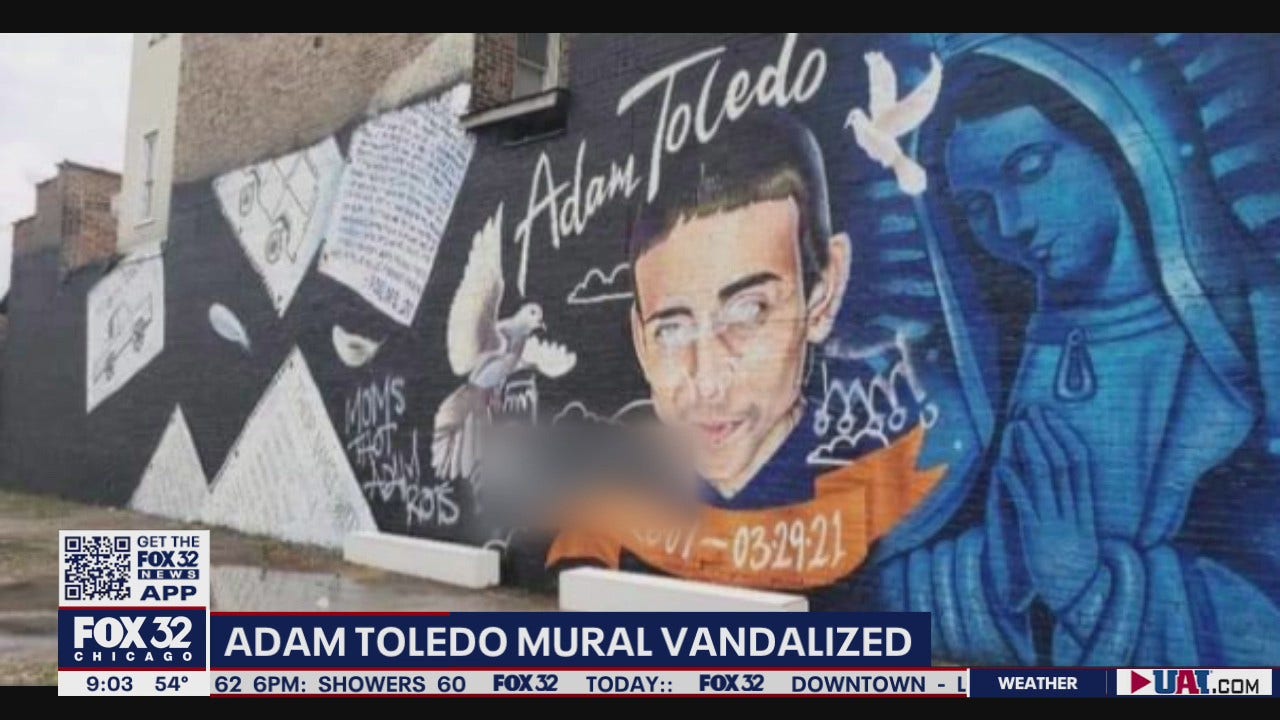 Vandals destroyed a mural in Little Village of Adam Toledo, a 13-year-old who was fatally shot by police in Chicago in March.

CHICAGO – – Vandals disfigured a mural the same day it was dedicated to the memory of a 13-year-old who was fatally shot by police in Chicago in March.

The mural of Adam Toledo, who was shot dead on March 29, was unveiled by his family in the Little Village neighborhood on Wednesday, the boy’s 14th birthday.

Inappropriate images and language were sprayed near his face and an upside-down crown was visible next to him, which some consider to be a gang mark.

A Chicago police spokesman confirmed the department had received reports of vandalism at 3661 West Ogden Avenue, which is where the mural is located.

The police say no one is in custody.

The mural was unveiled on Wednesday when his family announced the creation of Adam’s Place, a nonprofit aimed at preventing children from falling into a situation similar to Toledo.

The family of 13-year-old Adam Toledo, who was shot dead by Chicago police, are setting up a nonprofit to prevent children from getting into a situation like his.

The nonprofit is said to be about three hours outside of Chicago in a rural area in Wisconsin. The space is intended to offer vulnerable young people a place where they can meet new people, take care of animals and, above all, keep children away from the temptations of the streets.

The family’s lawyer, Joel Hirschhorn, said the announcement had to be postponed for a short time on Wednesday because the artist and family wanted to paint over what “a cowardly, evil person” had scrawled on the mural.

The artwork was created by the renowned artist Milton Coronado.