On February 9, 2017, Kehinde Wiley spoke to locals about his solo exhibition at the Toledo Museum of Art, Kehinde Wiley: A New Republic.

Today – exactly 368 days after his visit to Toledo for a Masters Series Lecture at the TMA – Wiley debuted the official Obama portrait together with the artist Amy Sherald in the long-term exhibition “America’s Presidents” at the National Portrait Gallery.

Like former President Wiley and his portrait of Mr. Obama stand out. 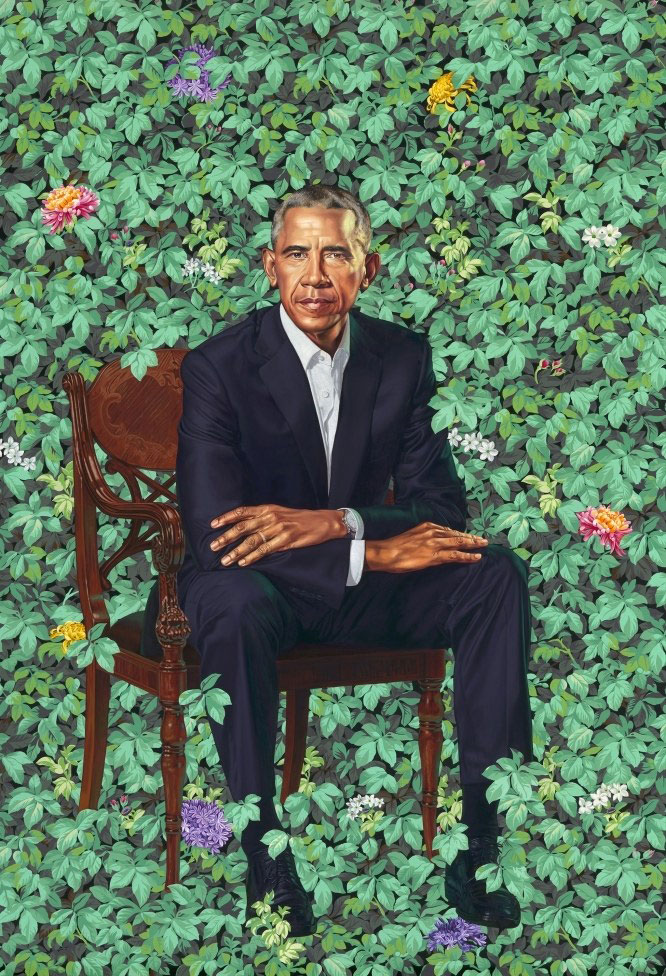 Lively, colorful and majestic follows Wiley’s ode to the first black president in the artist’s history to portray African-American men in the style of old European royalty. Mr. Obama looks confident, cool, calm, and collected – alert and personable, but without his famous smile. 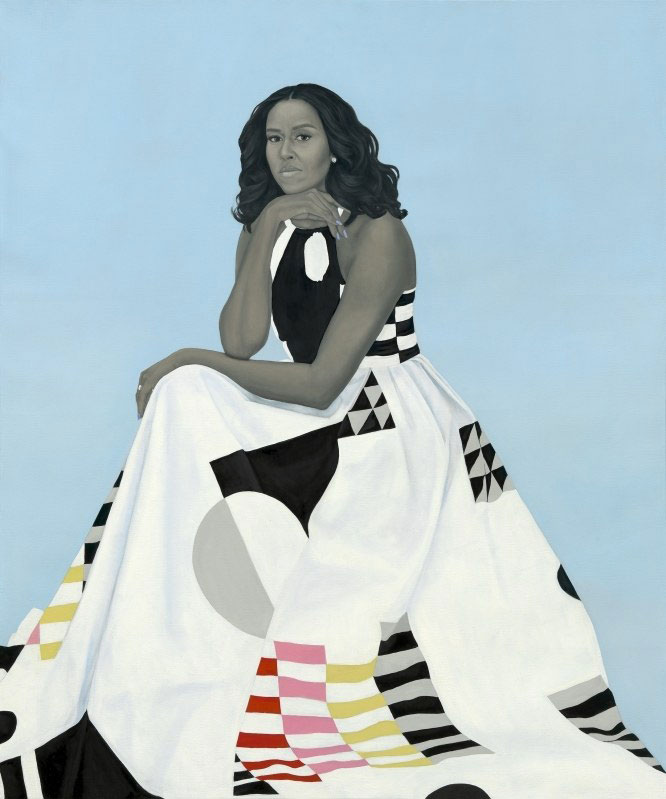 The Baltimore artist’s vision of Mrs. Obama continues Sherald’s method of figurative painting, which combines realism with a sharp style.

Like Wiley, Sherald also nods to art historical narratives to make a social and political point about contemporary African American men and women. While Sherald focuses on race and identity issues in the American South, Wiley has an international approach and draws on a deeper art history.

In an interview with the Toledo City Paper, Kehinde Wiley’s Twin Desires: Clearing Space and Building A New Republic at the Toledo Museum of Art, Wiley said:

“… The heart of intentionality and the portrait painting project within Western European easel painting… has a lot to do with dignity and pride – but it also has to do with the way in which rulership, property and land are narrated… What I do is use you the narrative and vocabulary created hundreds of years ago. I use these words to form new sentences and create new opportunities for people – especially those who have not necessarily historically populated these images. I am able to open up new fields of providence to black and brown people who look like me. “

See more of the unveiling of these key commissioned portraits of former President Barack Obama and Ms. Michelle Obama in this video from the Smithsonian: