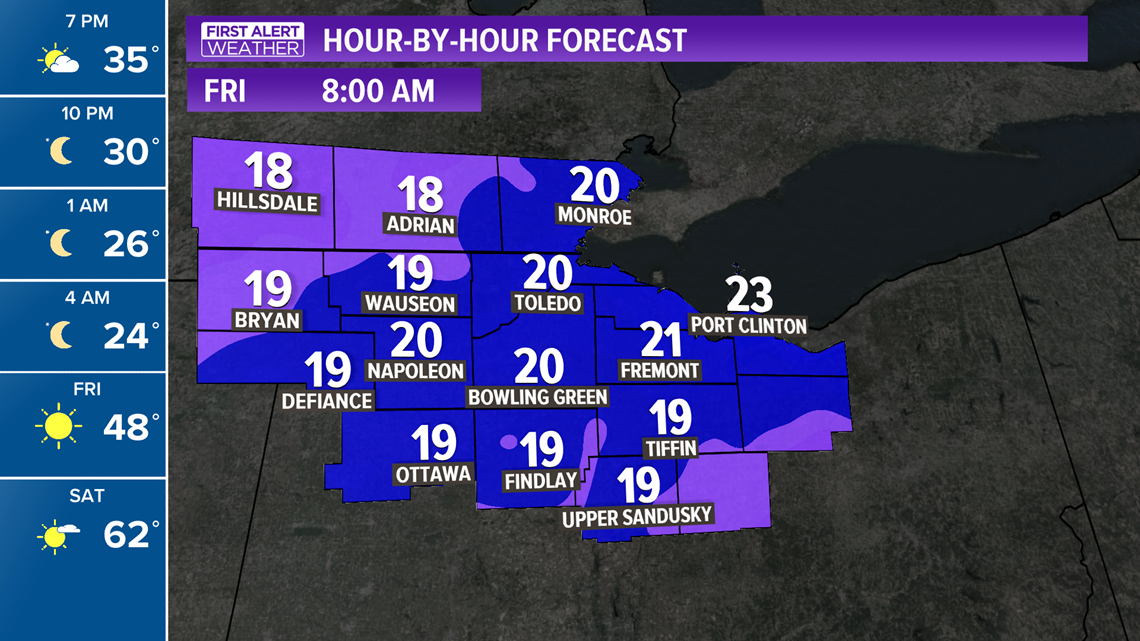 A brief but intense burst of cool April air brings us close to the record area on Friday morning, which we have not seen since 1881.

TOLEDO, Ohio – A brief but intense burst of cool April air brings us close to the record area on Friday morning.

After a Thursday with occasional snow showers, the sky will be clear and the wind will ease. With a very cold mass of air overhead, this is the perfect recipe for near-record lows.

The current record is 19 degrees and was set in 1881. It’s one of the oldest records on the books for Toledo.

Continuous weather records in Toledo began in 1873, shortly after the Civil War ended. Reaching that record low would not only be an accomplishment that has not been achieved since the 19th century, but it would also reach a series of 12 record highs without a record low.

The last record low in Toledo was on November 13, 2019. Since that day, 12 record highs have been reached, including four in the last month, without another record low.

This time the weather situation is controlled by a low pressure system in our east. This brought the chill Canadian air to a standstill and contributed to snow showers building up on the lake on April Fool’s Day (no joke). The winds were too strong on Thursday morning to drop the air temperature near record levels.

This will not be the case early Friday as the low pressure subsides and light winds settle in the critical timeframe before sunrise.

By this weekend our winds will be turning south and any mention of record lows is a forgotten afterthought.